Yes, you did not read it wrongly. Neither was that a typo. This is me, after procrastinating for a year. I have been 80% done with this post for a year but never got around completing it so I decided to publish it now. Time to refresh your memories on some of the best variety shows I watched in 2015!

I have been wanting to do an end-of-year drama round-up after seeing so many blogs do it but I realised it’s not quite realistic considering that I only watched quite a small number of dramas this year due to my ‘hiatus’. However, during my hiatus, I found a new love in Mainland China reality shows.

2015 is the first year I started paying real attention to Mainland China reality shows. I’m glad I did because reality shows are rapidly gaining popularity in China. Almost all kind of stars can be found in at least one of them.

In this post, I’ll be listing down the reality shows I have watched in 2015. Each show will be divided into segments: Cast, Brief Intro, Thoughts & Rating/Verdict.

Reality Shows based on Games & Challenges 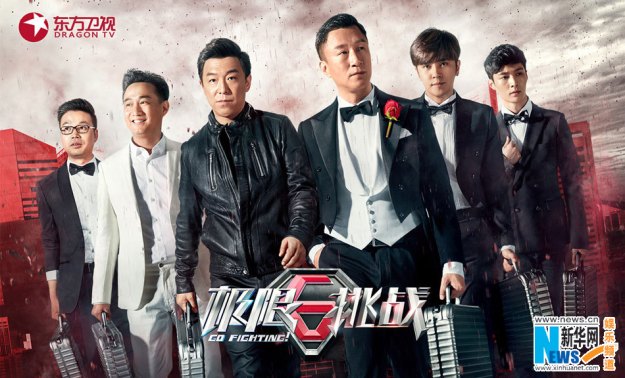 Cast: Show Luo Zhixiang, Lay Zhang Yixing, Huang Bo, Huang Lei, Sun Honglei, Wang Xun
Brief Intro: Every episode, there is a different theme and different challenges are to be carried out. Sometimes, they work against each other, sometimes they work with each other. The highlight of this show is the interaction of the 6 members, or brothers as they call themselves.
Thoughts: Hands-down my favourite reality show in 2015. I chanced upon this show by chance, as mentioned in my First Impression post, and I am very thankful that I did. I might have started this for Show Luo but I ended the show loving every single member of the cast. In fact, I might have enjoyed the Sun Honglei-Zhang Yixing bromance, smarty-pants Huang Lei, penny-pinching Wang Xun and playful Huang Bo even more than my beloved dramatic Show. The challenges every week are exciting but the most precious moments are when they are doing their own thing or talking nonsense with each other during downtime. The first episode literally had me laughing until I’m out of breath even though they weren’t even trying hard to be funny. This show was also dubbed as the ‘black horse’ of the year as its popularity in China exploded after being aired even though it was initially pretty unknown.
Rating: 10/10. Because if this doesn’t a perfect score, what would?
Verdict: Watch this. Bonus points if you like any of the members. But no worries if you don’t because you will fall in love with them by the end. The best thing about this is that you can watch any episode out of context and you would still enjoy it so just give it a try. English subs are also available because of the presence of efficient kpop fans who idolise Lay from Exo. 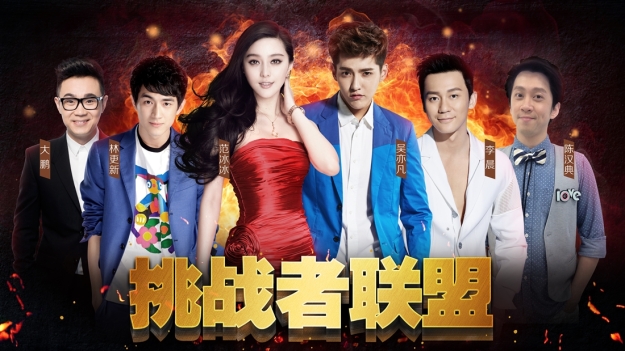 Cast: Fan Bingbing, Li Chen, Chen Handian, Kris Wu Yifan, Da Peng, Lin Gengxin
Brief Intro: As the name suggests, each week, there will be a designated occupation. The team will have to take on challenges to prove that they are able to qualify to be part of that occupation.
Thoughts: The main selling point of this show is probably Fan Bingbing and her boyfriend, Li Chen. The show is decent but it doesn’t particularly stand out to me, probably because I’m not particularly fond of any of the cast in the first place. I only watch it to kill time whenever I’m travelling or during breaks. The one thing that this show convinced me is Lin Gengxin is dumb. I had thought he had the potential be one of my mainland China actor loves after watching Black & White: The Dawn of Justice featuring Mark Chao and him. This show removed that potential. He was illustrated as all brawns and no brains. Furthermore, he wasn’t even exceptionally strong.
Rating: 7/10. Decent, but not my cup of tea.
Verdict: Not a bad show to watch while you are on the go as you can easily find breaks in between episodes to pause and continue when you are back. Worth a watch if you want to see some Fan Bingbing-Li Chen time together.

Cast: Liang Kun, Tong Dawei, Joe Cheng (Zheng Yuanchang), Chen Xuedong, Zhang Jie, Zhu Yawen
Brief Intro: Every week, the members are split into either the ‘True Heart’ team or ‘Angel’ team. They will pit against each other in challenges and win by finding the ‘True Heart Angel’ of the week. In each team, there will be also a ‘Dark Angel’ who is actually a spy and would sabotage the team from winning. At the end of the episode, there will be a vote to pick out the ‘Dark Angel’. The show attempts to show recognition to common people and their abilities by making a different common worker/unsung hero the ‘True Heart Angel’ every week.
Thoughts: This is China propaganda at best. The challenges each week are tailor-made to ‘train the skills’ that ‘True Heart Angel’ of the week has.It has a lot of positive moments but honestly, I felt that it fell flat. It felt too contrived. I do enjoy the challenges and chemistry between the cast though. I usually skip the part where they introduce the ‘True Heart Angel’ capabilities because I think it’s boring. While I like the additional element of having a ‘Dark Angel’, I feel that its not written in very well as there seems to be a lack of stakes involved as players could choose to ignore their role of sabotaging and play well so they won’t get suspected or punished.
Rating: 8.5/10. Despite my misgivings, I enjoy the bantering between the cast and the funny/thrilling/competitive moments of the challenges a lot. Plus there’s Chen Xuedong who aces the challenges and is nicknamed as the ‘Little Advisor’. How can I not love it?
Verdict: Skip selective parts and pretend they don’t exist to enhance watching experience. Not too bad either when watched in full. Suitable to be watched in parts as well during downtime. 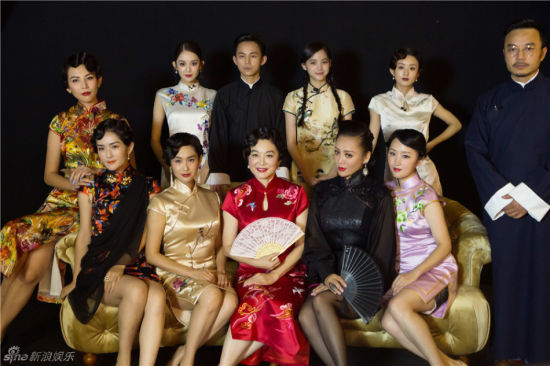 Cast: Brigitte Lin, Athena Chu, Ada Choi,Yang Yuying, Ning Jing, Xie Na, Zhao Liying, Zhang Hanyu, Gu Li Na Zha, Ouyang Nana, He Jiong, Wang Han
Brief Intro: 10 female idols gather each week in different places and carry out tasks/challenges.
Thoughts: I watched this mainly to kill time. I don’t particularly like any of the stars before watching but Ada Choi really killed me with how hilarious she was. She was the absolute best. It was nice getting to know the other stars too.
Rating: 7/10
Verdict: Watch if you would like to know 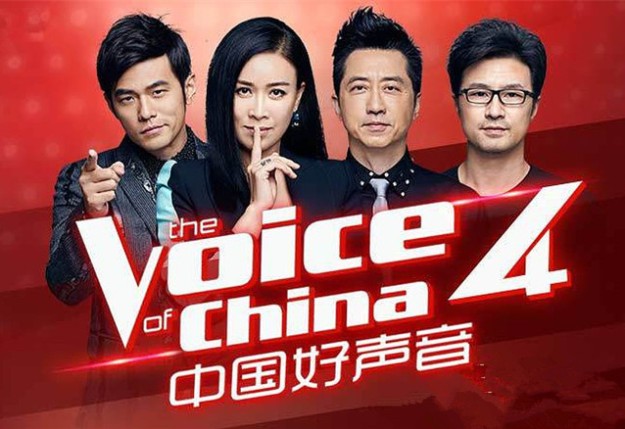 Cast: Jay Chou, Harlem Yu, Na Ying, Wang Feng + contestants
Brief Intro: A singing competition where blind auditions are carried out.
Thoughts: This show introduced many chinese songs to me. More than the singing itself, I love the banter amongst the judges each week. Touching stories of contestants also made me more attached to this show than I thought. I also did recaps for the entire season so you can check it out.
Rating: 8.5/10. Kept me glued to the TV every week.
Verdict: Some might claim that it was all rigged and results were manipulated but I have no problem with it because if that’s what give us good tv, I’m up for it. Watch it if you think the same way as I do. 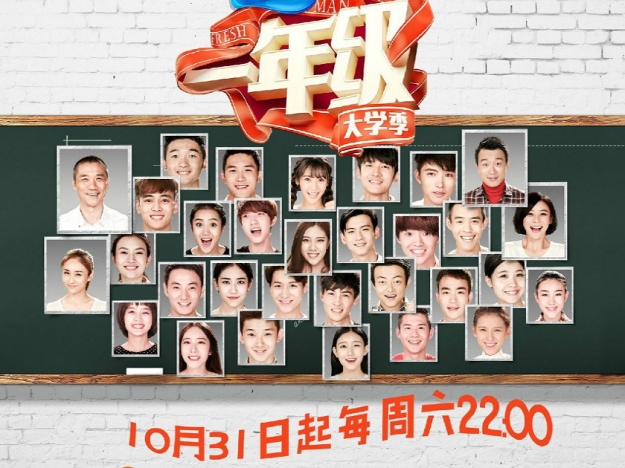 Cast: Tong Dawei, Yuan Shanshan, Huang Zhizhong, Liu Yun + Students (Shitou Tong Mengshi, CC Song Yanfei, Shao Mingming, Ganggang, Xing Fei, Wan Guopeng, Zhang Yuxi)
Brief Intro: Experience university life with Tong Dawei as your class mentor. A group of 8 people are selected to participate as ‘sideline’ students in the Shanghai’s most prestigious acting course. They learn together with the official students and go through elimination examinations. Will they be able to stay to the end and complete their studies?
Thoughts: I love this show. Dramatic? Check. Unrealistic? Check. Scripted? Check. (Or so everyone claims, in the comments section at least.) Unexplained love for this show? Check. This is my current addiction and I’m growing to love all the students a lot in this show. I smile with them when things go well, I feel unjust for them when they are wronged, I cry for them when they are eliminated. This is everything a c-drama should be. I’m hooked on it and can’t stop myself from anticipating the next episode.
Rating: 9.5/10. Love love love.
Verdict: Maybe you wouldn’t want to check this out if you are hoping for a realistic reality show. But you can definitely check this out if you are in for some good drama. In fact, I would highly recommend it to everyone. Just pretend you are watching a drama! 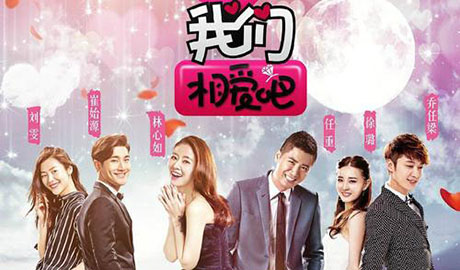 We Are In Love 我们相爱吧

Cast: Siwon & Liu Wen, Ruby Lin & Ren Zhong, Kimi Qiao Renliang & Xu Lu
Brief Intro: China’s version of We Are Married. 3 pairs of celebrities come together and pretend that they are in love.
Thoughts: Check out my first impression & recaps for this show. I never finished watching because I just didn’t have the time and effort to chase after it at that point of time but whatever I watched, I enjoyed it a lot – this show made me drunk from sweetness. Very lovely. Bonus points for Kimi Qiao Renliang and that devilish grin. [Update: RIP Kimi Qiao]
Rating: 8/10
Verdict: If you don’t mind watching unrealistic reality show as long as they give you immense pleasure – this is definitely the show for you. 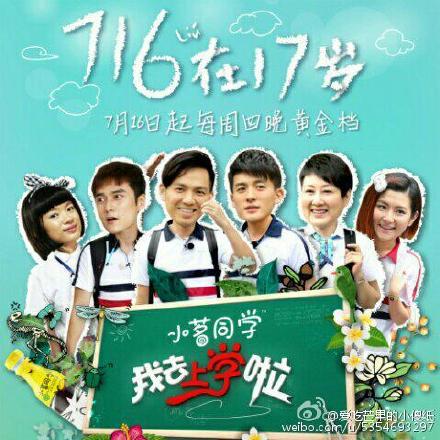 Cast: Jimmy Lin & Kimi, Tian Liang & Cindy, Zhang Liang & Tiantian, Guo Tao & Shitou, Wang Yuelun & Angela
Brief Intro: Dad bringing their kids out on adventures without their mums.
Thoughts: Pretty cute show, with loads of cute kids. It’s refreshing to see these stars handle their kids and it can be quite amusing sometimes to see how the dads don’t know how to control their kids.
Rating: 7.5/10
Verdict: Watch it if you like kids, or the dads. Both are cute.

Cast: Janine Chang, Michael Tse, Andy Zhang Dan Feng, Bai Jing Ting, Wu Qian, Cecelia Han Xue, Liu Yu Xi, Da Zhang Wei
Brief Intro: A bunch of stars explores deep into the forest with Bear Grylls as their guide. They literally hunt for rats and eat insects.
Thoughts: Wow. I am amazed. How did they manage to get the stars to agree on going on this show and how did the stars actually survive? It was a pretty good watch and you feel glad for the stars as they slowly grow. I was firstly excited by the presence of Laughing-gor (Michael Tse) and he proved to be a good leader. Janine Chang is the one who shined hard though, she was surprisingly very fit and was the reason why her partner, Da Zhang Wei, the weakest of the lot, could even survive this show. She was very inspiring here. But of course, the main reason why I watched this show was due to Bai Jing Ting my baby. Sadly, he wasn’t outstanding here.
Rating: 8/10
Verdict: Watch for a breath of fresh air.

Anyway, I love following these reality shows on weibo because they are armed with the latest gifs every week that highlights the key (and funny) happenings  for every episode. Those who have weibo accounts show should follow the shows as well!