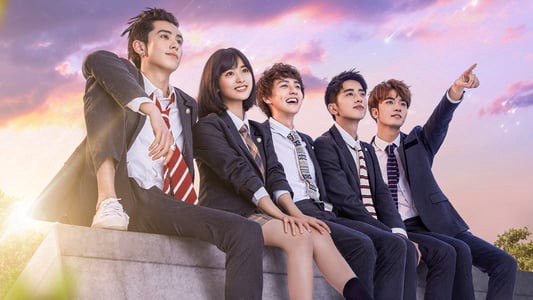 My favorite poster of this drama!

The most precious drama from our childhood has found its way back to the screen after 17 years with fresh faces gracing our screens in familiar story lines. As a self-proclaimed Meteor Garden/Hana Yori Dango expert (more like addict…), this will be a fun watching experience. I will also be comparing some aspects of the drama with the 2001 version. Hope you can join me in releasing my feels and thoughts regarding one of the most anticipated dramas of 2018!

Our 18 year-old protagonist is still very much the same as the original version. She does not give up without a fight and does anything for her family and friends. A Nutrition university student who has so much hope entering Ming (not Ying!) De Academy who never saw that a bunch of spoiled brats will unexpectedly enter her life. To my surprise, Shancai instantly shed tears after being bullied by Dao Ming Si. The original Shancai only got to do so when she was by Dao Ming Si. This was really not a major change in her character but it was more like how everything is more fast-paced in this version. Acting-wise, Shen Yue has not fully convinced me as Shancai yet but this was just the first episode so I am really looking forward to her being in full character.

Dao Ming Si is still arrogant and childish and Dylan Wang was able to own the character as early as this episode. His ways of bullying are definitely more toned down compared to the original one and I completely had no problems with that. Isn’t it amazing that with just a few bullying instances, he was able to have some sense in his mind and got enchanted by Shancai’s charms?!

My first love when I was just 8 years old has found its way to my screen again and I’m still pretty much in love! They did not really change anything with Hua Ze Lei’s character and I’m so thankful that they did that. He is still the same violin-playing introvert who does not like caring about other people’s matters. And ohmygoodness, Darren Chen could rival my dearest Vic Zhou and Shun Oguri’s versions of Hanazawa Rui! I just can’t wait to see more of him in this version.

As early as this episode, we were already able to see Ximen flirting with Xiayou (Shancai’s best friend) which we all know will have a different story line arc aside from our main couple. Caesar Wu did not really have enough lines for me to judge his portrayal of the character so let’s see how he is going to be in the next episodes. 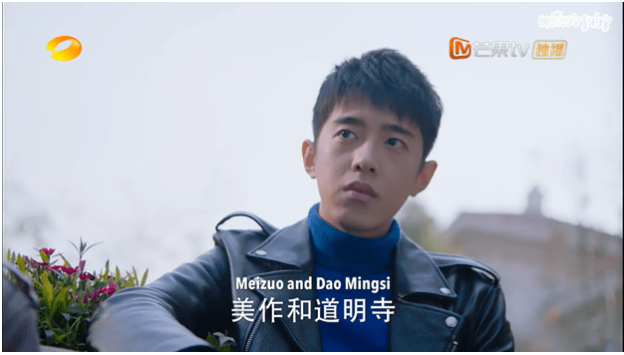 The most irrelevant F4 member for me ever since I was a child (only learned to love Van Ness Wu after his Meizuo days lol) and true enough, he was still irrelevant in this episode haha! Connor did not have much lines too but he seems to be everyone else’s favorite in real life which really makes me curious so I am also looking forward to his performance. 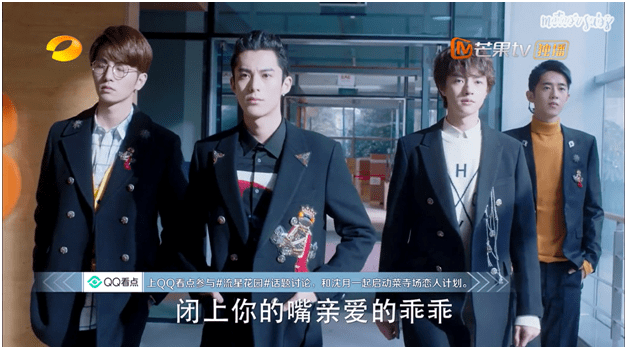 In general, the F4 boys are not only rich and enjoying the finer things in life but they actually all excel in academics. All of them could speak in at least 3 languages and they play a card game called Bridge which basically makes them the pride of their school. Those are just some of the major differences of this 2018 F4 from the 2001 one and I could not be happier with those changes. In fact, it only gets better from there because my favorite change is how they said that even if they seem like playboys, they are actually very gentle and respectful towards girls. Yes, those are my boys! 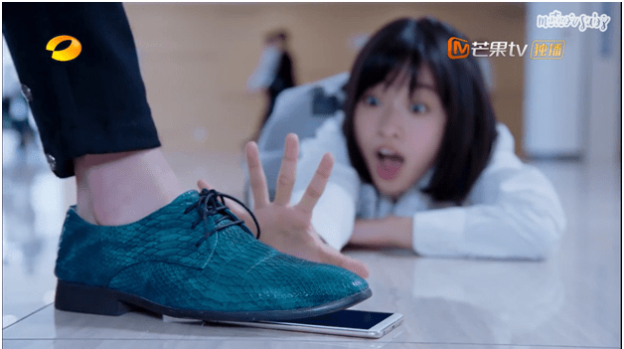 I am summarizing the first episode’s story by starting with the conflict. Dao Ming Si stepped on Shancai’s phone after it flew from her hand. It’s not like Ah Si knew whose it was but it’s just that he didn’t really care so might as well continue walking even if it meant stepping on a random phone on the floor. Of course, being the Shancai (strong weed) that she is, her first instinct was to confront F4 about it. She was not really successful during her first attempt but not until…

Her childhood friend Li Zhen tripped and the birthday cake that Shancai made for her flew onto (none other than!) Dao Ming Si’s face. That was the perfect time for Shancai to call her a big jerk for not letting her friend go when she already apologized to her and for him not apologizing regarding her broken phone.

Here comes my Hua Ze Lei being outstandingly different from the rest of the F4 boys by picking up Shancai’s birthday note (he picked up the trash can in the original version).

Lo and behold! Shancai got a Joker card from their favorite card game. The major difference of this card from the original red card is that being given this card means that F4 has summoned you to play Bridge with them. If you’re the loser, you will have no choice but to eat 100 xiao long baos in one hour, folk dance by the sea, squat in the middle of the school’s pond, and many more options to be punished. Pick your poison! 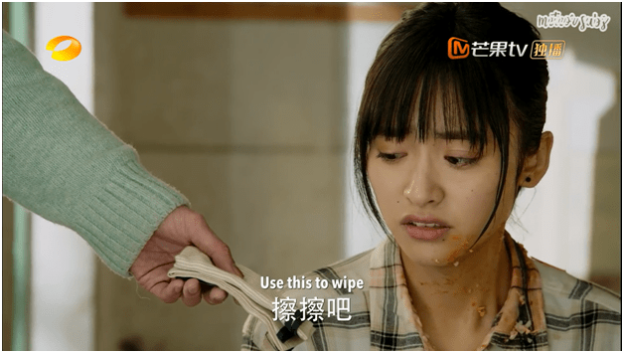 I was talking about this one earlier regarding Shancai crying because of Dao Ming Si’s bullying. He ordered food from Shancai’s family business and just wasted them by throwing them on her face. After running away, she unluckily met two hoodlums but got lucky enough to be saved by no other than Hua Ze Lei. Classic handkerchief and handstand scene was kept and still gave me a lot of feels!

It’s a brand new day for Shancai and she is definitely ready to kick someone in the face! Yes, she did it literally… HAHA! So Ah Si got knocked out and his true friends made fun of him by making a news report and took a selfie with him to commemorate this rare instance lol.

Everything was just too fast as Ah Si ordered his people to get Shancai to doll her up and that she could always stay by his side. Someone got bitten by the love bug way too early! He heard her fawn over Hua Ze Lei and told her that she should not like him… Oh forever the jealous boy that he is. The episode ended with the story heading to Shancai and Hua Ze Lei’s arc. Lei and Ximen went to the milk tea shop where Shancai and Xiaoyou work part-time and our girl was just smiling from ear to ear (like who wouldn’t?). We also knew that the next episode will be about Lei’s first love, Teng Tang Jing, as he asked Shancai about the time difference between Shanghai and Paris in the last few minutes of the episode.

What did you think about the first episode or Meteor Garden 2018 in general? Are you watching it as well or just fine with missing out? Hope you can tell me in your comments below! Thanks for staying all the way here 🙂

A big thanks to dramapotatoe and the subbing team for making us see (and understand!) this drama before other streaming sites did.