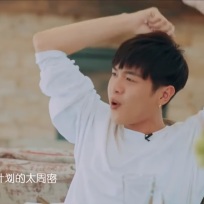 I just finished watching the first episode of Diva Hits the Road 3 and I can’t stop smiling at my screen! It is too short, I need more. Soon.

Instead of doing up full recaps for every episode, I have decided that for this season, I will be doing a “What happened on Episode _ of Diva Hits The Road 3?” feature where I discuss some of my favourite moments of each episode. Recaps are a bit too taxing and I’ll be pretty busy in the upcoming months so I would like to spend my time on sharing my thoughts (and love) instead. (For full recaps, you guys can jump over to twoc-ents.) I won’t commit but I’m hoping to do one post every week for each episode. 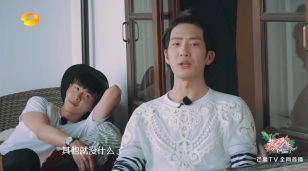 Anyone who seen my previous anticipation post on Diva Hits The Road 3 should know how excited I am. I also shared my pre-show expectations. Check it out first if you haven’t.

The six remaining members (Zhang Ruoyun, Tony Yang (Yang Youning), Maggie Jiang (Jiang Shuying), Song Zu’er and Lai Yumeng) will then have to vote for their desired tour guide. Here’s the catch: the candidate who loses will be ‘exiled’ and have to separate from the team to go on a solo journey. 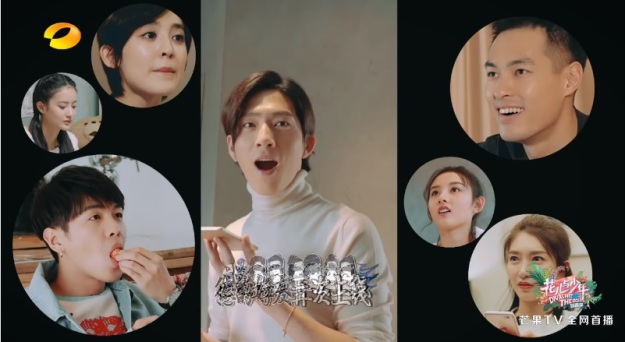 I wasn’t surprised that Jing Boran was put up as one of the candidate since he was afterall the only recurring member and he did have experience being a tour guide. But a point worth noting is that in season 2, Jing Boran was the oldest guy but now, he is the youngest male in the team. Very different kind of dynamics, especially now that he will have to lead his ‘older brothers’ as well if he becomes the tour guide. While the older ladies of season 2 loved Jing Boran (who will now be known as Jing Bao [translated: Jing-treasure/baby] fondly), in this season, we have mature older brothers (like Zhang Ruoyun) who might prefer a bit less planning and more elements of surprise and adventure in their travels.

The other candidate was the mature and charming Chen Bolin. He came on the show expecting to bond and have fun with other people. Hence, even though he looks highly independent and completely capable of enjoying a vacation alone, he didn’t want to be exiled either.

(PS: Gossip time! So Guli Nazha doesn’t start off being the tour guide even though Zhang Han and Zheng Shuang did? Hmmmm.)

One interesting thing to note during the rallying of votes was that both Jing Boran and Chen Bolin labelled Tony Yang as an ‘iron vote’. Both believed that Tony Yang would vote for themselves without a doubt. When I first saw Jing Bao saying that, I was quite surprised. In my head, I assumed that the two taiwanese guys, Chen Bolin and Tony Yang, would be tight. I thought I was wrong. But then when we reached the conversation between Chen Bolin and Tony Yang, I knew I wasn’t. In front of everyone else, Chen Bolin acted all magnanimous, willing to be exiled and not extremely eager to be the tour guide. But in front of Tony, he removed his facade and told the truth to his buddy straight — vote for him, he didn’t want to be exiled. It was an “awww” moment for me.

Eventually, everyone except for Tony Yang voted for Jing Bao, with the reason being “Jing Bao looks like he can’t survive alone. Chen Bolin is mature, able to speak many languages and independent.” Honestly, even though I feel bad for Bolin, I agree too.

Initially, I thought that being “exiled” was just a joke and that it is not serious because I have seen the entire group together in the previews! As it turns out, I was wrong. Chen Bolin was sent to Ethiopia (in Africa) while the rest headed off to Brazil. And judging from the task Bolin received, it seems like he would be alone for at least a week or so. That is harsh. 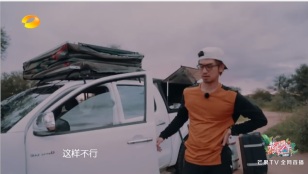 Even though I would enjoy travelling alone and all, I think I would be pissed off too if I was Bolin. Frustration can be seen on Bolin if you look closely but he still treated this whole thing with a good attitude which is fantastic. Chen Bolin’s fans are going to increase like crazy after this show. He’s SO likeable! Being away from the team also means he gets more screentime (together with his partner, Fifi…. the dog) and he is not involved in infuriating drama which is bound to occur.

I won’t go into the details but after the first episode, I would say I enjoy this cast quite a bit. Quoting a youtube comment which coincides with my sentiments, “After this episode, I still can’t differentiate the two little girls. Maggie Jiang and Tony Yang feels like they are reliable and capable type. Zhang Ruoyun is comedic, pretty cute. Jing Boran was lovable last season but this time round, his appearance loses freshness.” 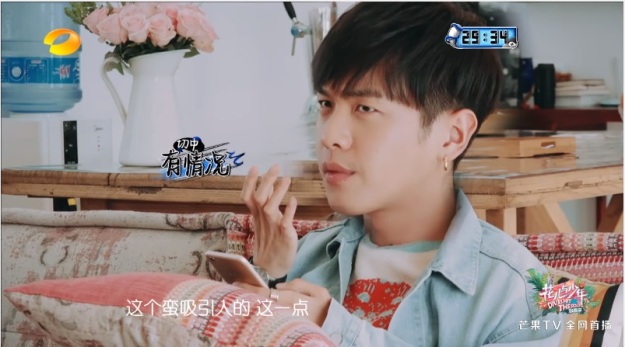 There is also a trend in chinese comments where viewers will comment stuff like “Confession to who and who!” after each episode to share about who they like. For me, I would like to confess to the charming Chen Bolin, the cooly humourous Zhang Ruoyun, the ever-reliable warm and nice Tony Yang and loud yet capable Maggie Jiang.

Another youtube commentor also pointed out the four of them are all virgos so hell is bound to break loose eventually. Virgos are known to be perfectionists and demanding. As a virgo myself, I don’t find this a problem but I can see how an extended stay will push all the unhappiness (and disgust) to the surface. I’ll be waiting to see if the volcano ever erupts.

Also, speaking of Maggie Jiang. She is one funny one. She was assigned the accountant of the group whoch is hilarious because her math is atrocious. (Even she admits that! But it seems that she doesn’t know how scary her horrible is… As a fellow asian, I do not approve! Haha.) She brings a lot of noise and laughter to the group which I think helps break the ice considerably so I’m going to give some credit to her…. even though she can’t count hahaha.

In addition to the first episode, I also watched the Happy Camp episode on Diva Hits the Road 3 dated 29 April 2017 (also recapped by twoc-ents). I loved it to bits. It made me laugh so hard that both my stomach and jaw hurts. I like the atmosphere of the team. There is a cute banter going on between Maggie Jiang and Guli Nazha and I would believe it if they told me they forged a strong friendship because of this trip. 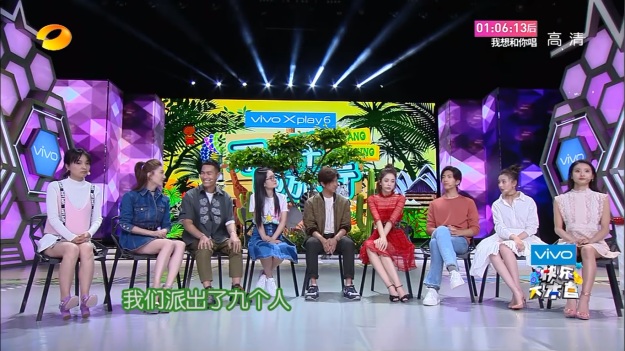 One particular moment I enjoyed in the Happy Camp episode was during the splitting of team. Chen Bolin,  Tony Yang and Jing Boran were the assigned leaders. (Zhang Ruoyun was excluded because he couldn’t make it for the filming, sadly.) Everyone else, which comprises of the 4 ladies and the Happy Family, were supposed to pick their leaders. With the exception of Wang Zu’er who picked Chen Bolin, the three other ladies, alongside with Haitao and Wu Xin, picked Tony Yang. Surprisingly, Jing Boran’s team was backed up by only the Happy Family members, He Jiong and Xie Na. 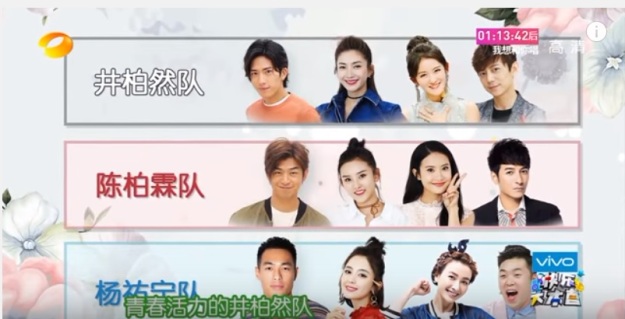 However, each team had to be split equally. Since Tony Yang’s team had 6 members including himself, he had to give up 2 members to Chen Bolin and Jing Boran’s teams which only had 3 members each. If this were any other shows, or even the previous seasons, you’d be sure to see something similar to a catfight but after Tony chose to keep his first two members, Haitao and Guli Nazha, leaving to choose between Maggie Jiang, Lai Yumeng and Wu Xin, Maggie chose to walk over to Jing Boran’s team instead on her own accord without creating any conflict. She pretended that she is trying to ally and build good relations with Jing Boran by sucking up to him but to me, it is a heartwarming sight because she was mature enough to stop an awkward situation from happening. She didn’t force Tony Yang to choose and be placed in a precarious situation.

Thus far, I enjoyed the first episode + Happy Camp special. My current rating is: I can’t wait for the next episode!!!

To end off, I’ll share what Zhang Ruoyun shared about travelling which I really like and agree with, as a backpacker myself:

When I graduated from university, I like to pick up my backpack and go on adventures alone. Go to places like Tibet. When you only say three to four words a day and just spend your time sitting down, you will start to look at yourself and realise life doesn’t have that much to reflect about. Your senses just simply become slowed…… You are just in a state similar to being dull-witted.

Till the next episode!