It’s the most wonderful time of the year in four days! Have you been making any Christmas wishes yet? Because I have some wishes which mainly concern some stars, dramas, films, and many more. I’m spreading the joyful Christmas spirit by sharing my entertainment-related wishes here in this post.

Many entertainment couples have been getting married while other couples have just been blossoming. It’s one of my wishes for them to stay together despite the many odds that they’re facing including the pressure of being in the entertainment industry. Special mentions to my favorite Angelababy and Huang Xiaoming whose grand wedding we featured last October here and also a bit recent one with Vic Zhou and Reen Yu which we also got to feature in a post.

This can come out as a very vague and a nearly impossible wish but whatever, I’m still going to wish for it! It may be applied to all countries in general but with more specific intention towards Chinese productions. My subjective notion of a higher quality can include no more annoying dubbing (spare us, please!) which leads to another wish of mine: lessen the use of Hallyu stars (see my “Go Lala Go 2” review). Okay, I know this is impossible and people are probably going to throw rotten tomatoes at me but sometimes the production team tends to neglect the quality of a film or drama all for the sake of hiring K-stars (since they’re apparently cheaper and it’s a win-win situation for both parties).

My other indicators of HQ: better use of the green screen (still not used to the cheesy CGI), better storylines which also mean that there should be more reasons to watch a drama or film aside from just watching it for the stars in it, etc. “Best Time” (2013) had annoying dubbing but definitely even had a more annoying storyline while “My Best Ex-Boyfriend” (2015) had great cinematography and with no dubbing too yay!

no dubbing and great cinematography

Let’s be honest and say that we can’t just rely on recaps forever but they’re super helpful especially that reality/variety shows in China don’t really get the attention of subbers compared to dramas. With that, I wish that there would be more access for international fans in seeing their favorite stars in reality shows. This is going to be a huge contradiction of my previous wish of lessening the use of Hallyu stars but the rise of Chinese stars (who previously worked in Korea) and also K-pop stars in variety shows have gained the attention of subbers. Reality shows like “We Are In Love”, “Go Fighting!”, “Run, Brother! S2”, etc had faster progression of getting subbed all because of the involvement of K-pop fans. 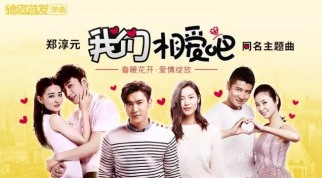 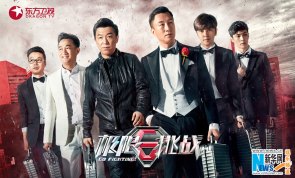 Since we’re also in the topic of reality/variety shows, I feel like everyone’s joining the reality show bandwagon even most of my favorite stars have already been a part of one or even became a guest star of but some favorites of mine still have yet to be seen.
Examples: Jerry Yan – I seriously don’t know how I could love this man when all he does is reject projects… He’s known to have rejected “We Are In Love” with Liu Wen and “Dancing with the Stars” with one pending show which is China’s “Amazing Race“. Aside from the fact that he’s my favorite actor, I believe that it’s interesting to see how he acts outside his comfort zone. Other wishes: Ady An, Ariel Lin, and Vic Zhou. Any other wishes, readers? 😀

Impossible Pairings/Reunions to be Possible

“Autumn’s Concerto” is undoubtedly one of my all-time favorite dramas so it’s inevitable for me to wish for a VanDy reunion. Coincidentally, they’re both working in Mainland now for period projects so why can’t Santa give me this present, pretty please? 😉

I have just recently finished watching “Black & White” so I’m still attached to Zai Zai & Mark’s pairing. They’ve recently made up so maybe a reunion project would be nice to top that? 😀 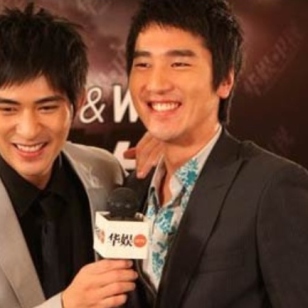 Do you guys have a dream drama couple to see? Because I sure do and I feel like I’m the only one in this team yet lol I have always wanted to see both favorites of mine, Ady An and Jerry Yan in a drama for no particular reason actually. It’s probably because they’re my top faves so it would be fangirl nirvana for me if it happens haha! Jerry was supposed to be Ady’s leading man in “My Pig Lady” but thank you Jerry for rejecting that because that was a horrible one lol

I’ve been talking too much in the previous wishes but this portion is pretty much self-explanatory. Got this from here! Other dramas: “Queen of SOP 2”, “Die Sterntaler”, etc. Which dramas do you guys want to watch but the chances of getting subtitled are just too low? 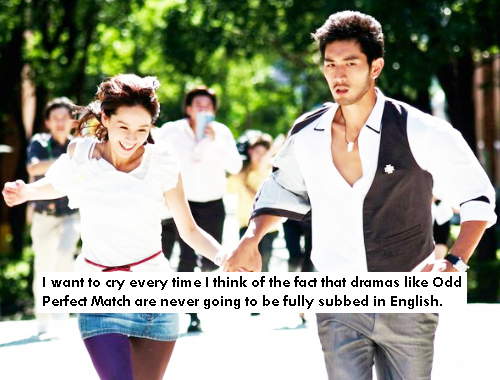 What do Bolin Chen, Mark Chao, Vic Zhou, and Ethan Ruan have in common aside from being hot and talented Taiwanese actors? Well, they all seemed to have vanished from dramaland ever since they got their Golden Bells and Horses. I understand that films are a better choice to invest their time and talent with but come on, dramas = more episodes for us to go crazy over haha! They’re also responsible for most hit TW-dramas so come back, please? These confessions from Tumblr pretty much sum it up: 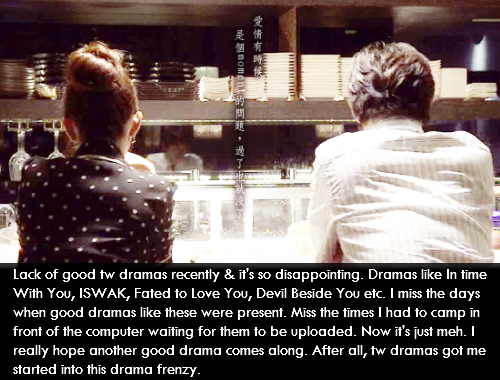 This is pretty much a broad wish. More good movies, more good dramas, and what’s more important than that is to have more time to watch all of these haha! I won’t have a lot of time to blog and watch at the same time next year so there should be more good projects worthy of everyone’s time. Agree?

Asian Entertainment for the World to See

This can mean: there should be more Zhang Ziyis and Jackie Chans (although they’re definitely irreplaceable, but ya get me!). More stars and films/shows from Asia should be taken notice of aside from Hollywood stars. I should know that they’re really not getting the same attention when I live in an Asian country and yet I’m part of the 1% population here who watches Chinese/Taiwanese works here lol! This also calls for my previous wish of having subtitles! Thanks to drama streaming sites like Viki and DramaFever (among the many!), we can gain access to these forms of entertainment despite the language barriers 😉

There were rumors that they weren’t going to cast an Asian actress for the live-action of Disney’s “Mulan”, right? Just horrible. On the brighter side, stars like Fan Bingbing and Li Bingbing are getting more and more known in the West. Even Angelababy joined the cast of “Independence Day 2” so that’s definitely a good sign! Hoping that they can keep this trend going!

Shelved Dramas to be Unshelved

Funny how Jerry Yan’s “Because of Love” was promoted and even filmed back in 2012-2013 earlier than “Loving, Never Forgetting” and “My Best Ex-Boyfriend” yet the latter dramas have already been aired. It’s a common happening in China because some dramas have no channels willing to adopt them so they better just stay in the shelves first. It’s the same case with “Remembering Li Chuan’s Past” with Godfrey Gao as the male lead and many other dramas. So let’s hope that the following year would be kinder in releasing such dramas already!

And those are my C-H-R-I-S-T-M-A-S wishes mostly related to the Chinese and Taiwanese entertainment industry! Please notice my effort… HAHA! Do we have similar wishes? What else are you wishing for? I seriously want to know so please do drop your comments below! Merry Christmas!!! 😀