This is why she’s so lucky!

Another splendid episode. After watching 34 episodes, it was the first time that my heart felt like it was being pricked. I guess you all know why already but feel free to relive this episode with me in this recap!

Shancai dropped by the milk tea shop to check something out as she said. Although she was obviously checking if Xiaoyou was just okay after being heartbroken because of Ximen. 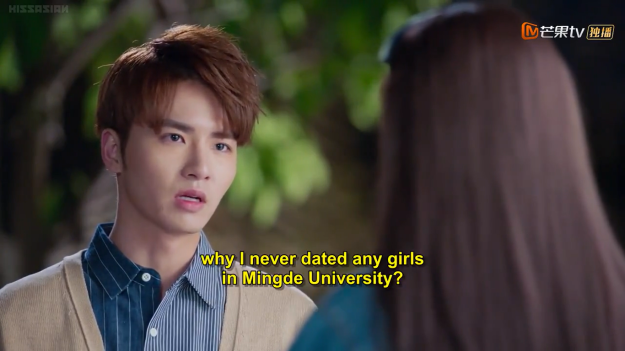 Looks like our girl will not be giving up anytime soon! Even though Ximen told her that she’s even more annoying than the girls in Ming De because of how she’s the best friend of his good friend’s girlfriend.

Whatever you say, Lei! One thing is for sure, your brothers missed you a lot!

F4’s back and happily drinking together! 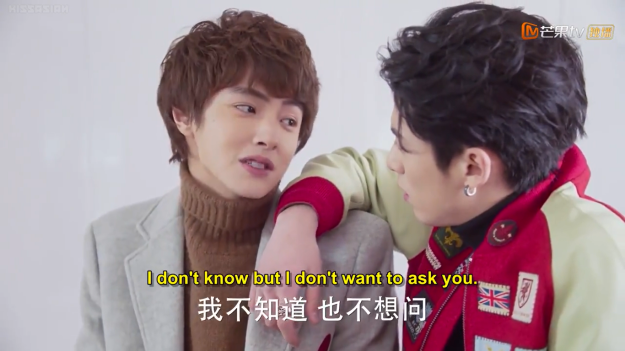 Dao Ming Si asked him if he knows something already. Of course, Lei already knows how much of an attention-seeking his friend is so he’s not asking him at all. HAHA! 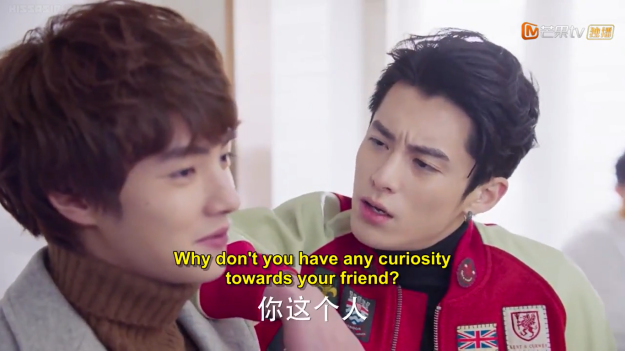 Keep trying, Ah Si! As you might have figured it out, I was just immensely enjoying their scenes as always. Lei and Ah Si as the ultimate brOTP forever!

Lei told Ah Si that he already knows what’s been going on already. He heard 3 versions from Xiaozi, Ximen, and Meizuo. Ah Si told him that his version must be heard. 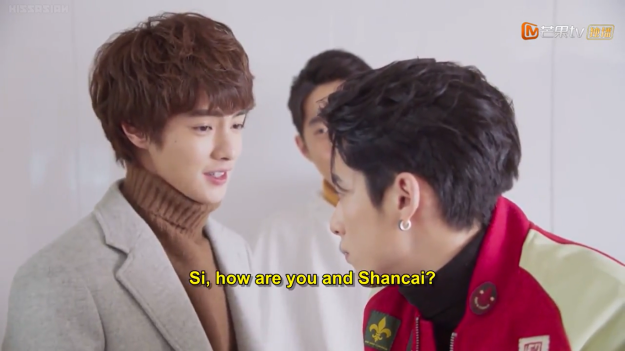 Lei finally gave in because Ximen and Meizuo told him that Ah Si will just end up bothering them and not let them sleep if he doesn’t get to tell his own version. These boys are just so hilarious!

Look at those eyes filled with delight now that his greatest ex-rival finally asked him haha!

Although his smile seemed to be very genuine, we all know that he was still having mixed feelings about it as he will also mention in the next scenes. *Sighs*. 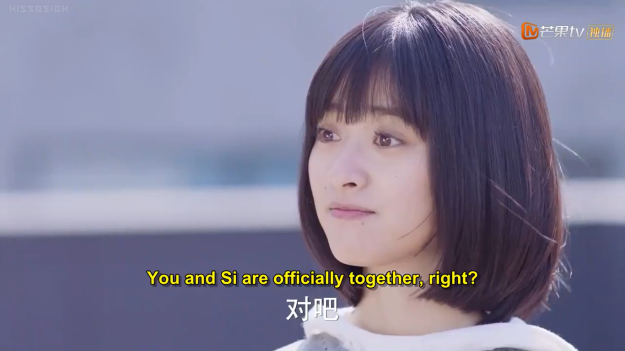 I don’t think we will be getting a lot of rooftop scenes between Shancai and Lei anymore so I just had to treasure this. I also never thought that I would get my heart broken because of this scene. *Cries*. 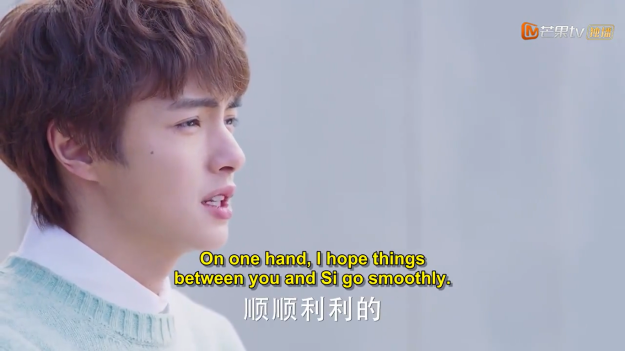 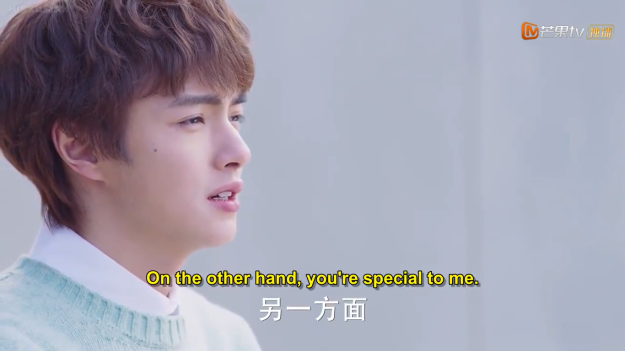 Lei told Shancai that he’s feeling both sad and happy for her and Ah Si.

Then he just had to ruin everything by telling her that she’s his pet… HAHA! Oh Lei, why?But then again, even Shancai said, what could she have expected to hear from him? LOL.

“You should be happy. We should all be happy.” Such an ironic statement. He talked about happiness but I just felt sad for him.

I love how he said this line to Shancai. I may be over-analyzing the situation but I feel like he just had to tell her this to make her happy and to assure himself that he will be okay too. The bright side about her being with Ah Si is that they can be friends forever. 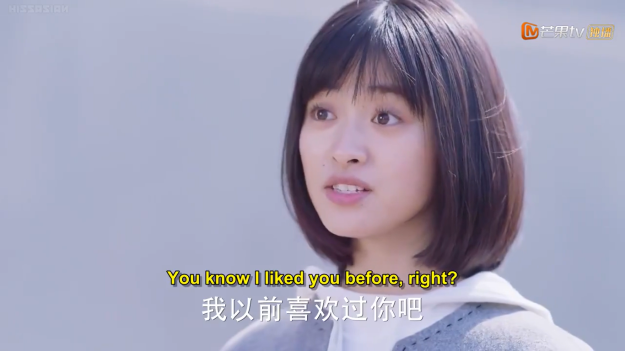 I’m not sure what Shancai’s point was in telling him this but everything was just really bittersweet. I guess she has been working too much on mustering up her courage for Dao Ming Si that she had some extra courage to confess to her first love. Haha!

So proud of you for that!

As we thought, Lei was right that saying something like that would make Shancai happy. 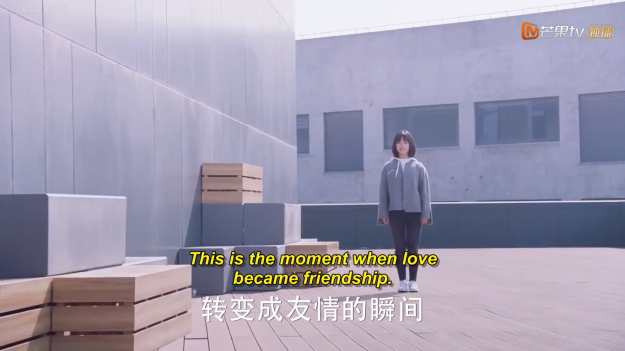 These Lei and Shancai scenes were probably the most beautifully done out of all the adaptations that I have ever seen. We never really saw that kind of emotionally confused Lei before and he is probably the most expressive Lei out of all the versions that I have seen too. “This is the moment when love became friendship” is one unforgettable line of Shancai in this version that I will always remember.

Some sense entered Ximen’s head when Meizuo told him that any love relationship requires sacrifice. We’re all sure that he was rethinking of what he did to Xiaoyou. So when there were ladies at the bar who approached him, he turned them down which was totally out of his character.

I have never been excited to see a thief in the drama until I watched this version. I just knew what was going to happen because of the 2001 drama

*wink wink*. We all know why he asked that.

Unsurprisingly, Dao Ming Si moved out of his mansion to live next to Shancai.*Sighs*. True love.

I love how he was slowly putting his hand on her shoulder. I also loved how she wasn’t resisting him anymore, they’re official anyway 😉

Shancai knew to herself that Dao Ming Si moved next door to protect her. So she just knew that she wasn’t a very stupid pig haha! 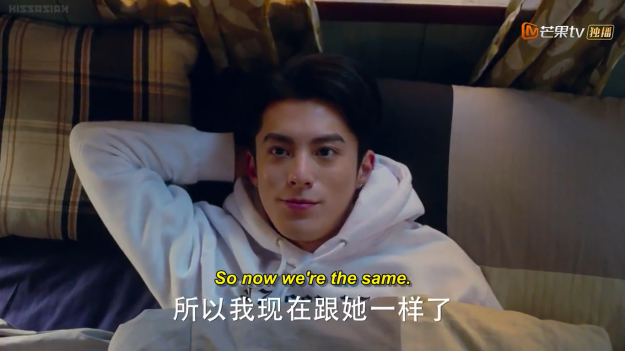 And here he is just thinking about how he’s breathing the same air as her. So cute! 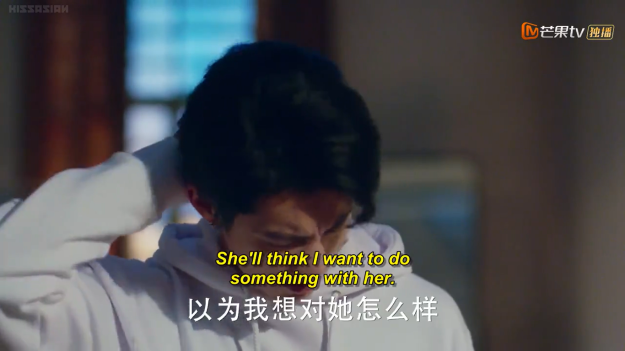 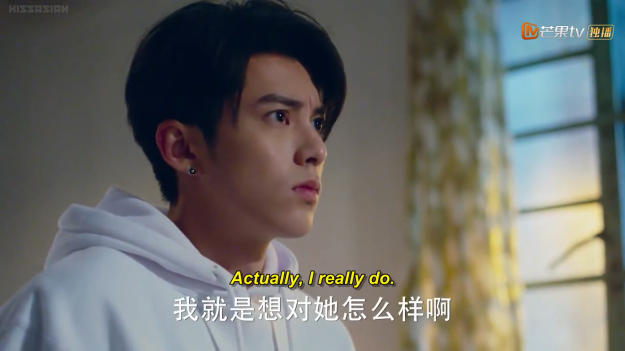 Oh Chinese dramas, you may be lacking in some scenes but you definitely don’t lack in implying those 😉 HAHA.

Many other dramas and female leads would have done what Shancai was saying. Not with Dao Ming Si! His love is beyond immeasurable and so he would literally do anything just to show his love. 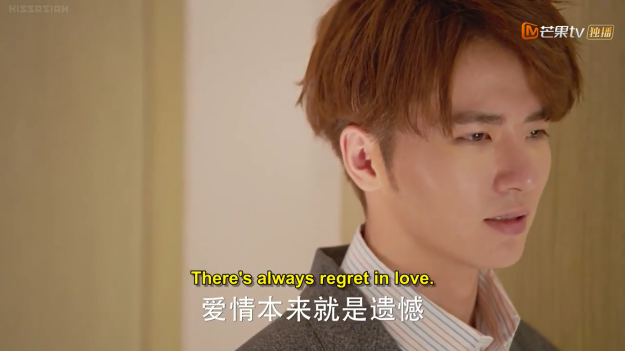 I remember this happening in the 2001 drama too. Ximen agreed to Xiaoyou asking for a date (plus something else, of course). Ximen was not really intending to do it as he just wanted to scare her. However, the tables have turned because he was the one who got scared of her because she was still not giving up. His sensitive button seemed to have been pressed by Xiaoyou when he got asked about love. Looks like we will be finding more about Ximen and his love history in the upcoming episodes!