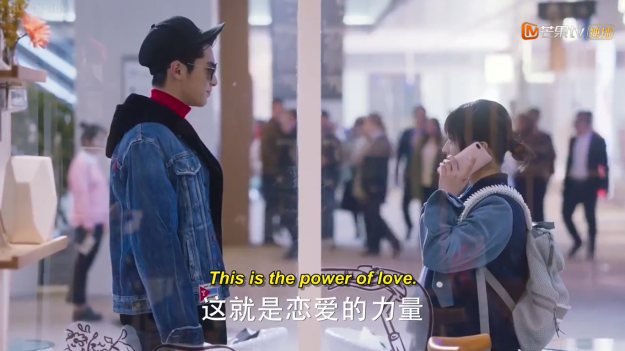 The power of love was very strong in this episode!

Another favorite episode of mine? I hope this drama won’t ever stop in becoming better and providing us with lots of happiness. If you love Shancai and Dao Ming Si as much as I do, then I’m sure that you loved this episode too. 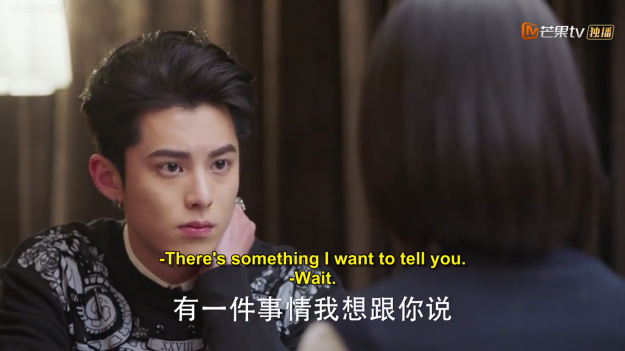 He said that he doesn’t want to listen to her because she would always end up talking about serious things like an old lady. Haha!

But wait, she wasn’t going to confess… She didn’t care if her curiosity would kill her. She just wanted to know where Dao Ming Si got her great kissing skills if he never had any girlfriends before. This scene made me so proud of Shancai haha! She definitely caught him off-guard here. 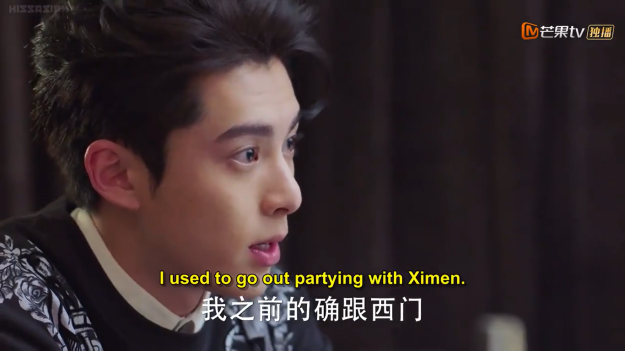 He told her that going out with Ximen and Meizuo only meant that there would be a lot of girls. He emphasized that he doesn’t do it anymore.

Dao Ming Si wanted to get ahead of himself by thinking that Shancai was feeling jealous. Ugh please never change. Haha!

Shancai apologized to Dao Ming Si for not telling him right away about his bodyguards following her. 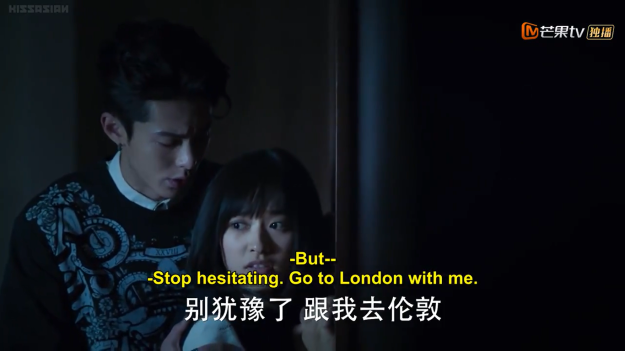 Seems like they got jinxed when they talked about the bodyguards because they actually searched for Ah Si inside Ximen’s house.

Sponsored by CLEAR MEN. Oh MG2018, you just never fail to make me laugh with your well-planned product placements. So Ah Si got away by pretending to take a bath with all of his clothes on… 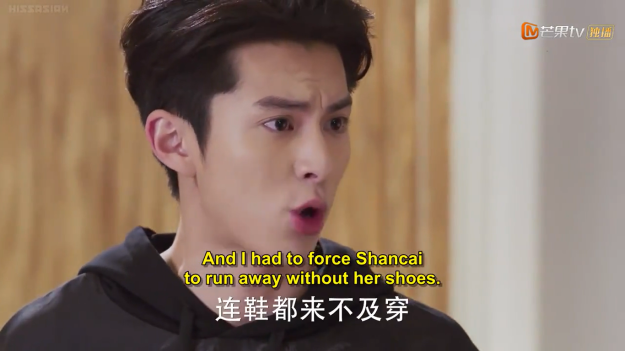 Angry Ah Si was at home ranting to Yu Sao about his mom. 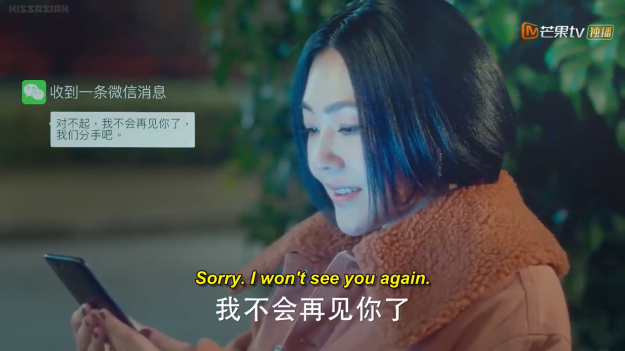 Yu Sao told the story about what happened to his sister. I’m so thankful that this version showed us her story. In the 2001 drama, they just went in passing about what happened to her sister. We just all knew that she didn’t marry the man that she loves as she was controlled by their mom. As for this version, Zhuang jie’s boyfriend gave up on her as having a relationship with someone like her was just too difficult. She was so heartbroken but she still ended up marrying someone that she didn’t love. 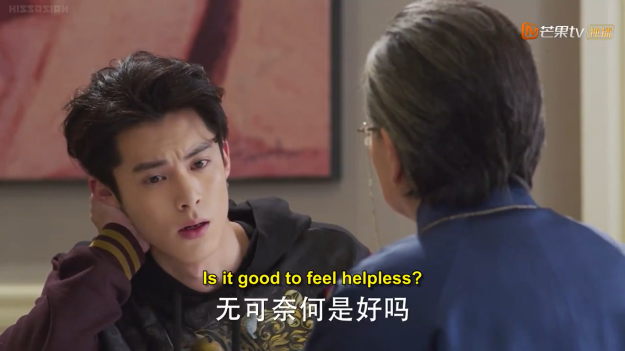 Yu Sao told Ah Si that his sister’s feeling good now. He told her that if feeling good means to be helpless, being at the mercy of others, then he would rather not feel good.

Don’t we just all love an emotional Ah Si? It’s so refreshing to see him talk about his fears about his future with Shancai. Yu Sao comforted him by saying that their feelings influence each other. Shancai doesn’t feel confident and at peace with their relationship because that’s what he feels too. Oh Yu Sao, you never fail to make sense.

These two were just sending QQ voice messages after escaping from the bodyguards. They looked so cute right after talking. Oh kids in love!

Xiaoyou told Shancai that she likes Ximen. She was like, “are you serious?”. She just couldn’t believe what she was hearing from her friend. Even though she warned her a lot of times about him, it never seemed to work.

Shancai exercising right before calling Dao Ming Si. This also happened in the original drama. Such a cute scene! 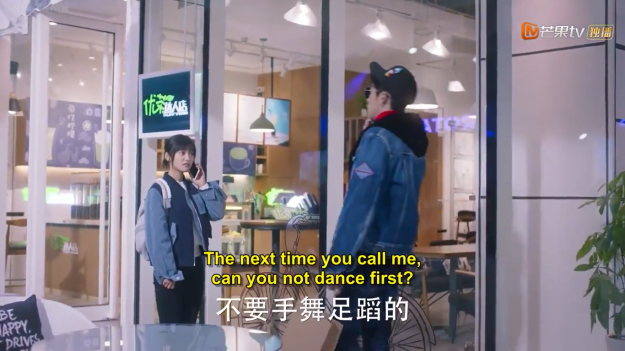 So he didn’t even know that it was a warm-up exercise… HAHA!

My heart melted when he used Shancai’s shoe as an excuse to see her.

Shancai was scared that they might get spotted by his mother but Dao Ming Si assured her with a bad wink that he’s in disguise anyway… It will be totally difficult to figure out which tall guy was hanging out with Shancai haha!

So Shancai brought Dao Ming Si to a park where a lot of couples apparently make out. Someone’s thirsty again 😉

Dao Ming Si thought that Shancai was stressing over things that weren’t really issues affecting their relationship. All he wanted to know was if Shancai also felt the same towards him. 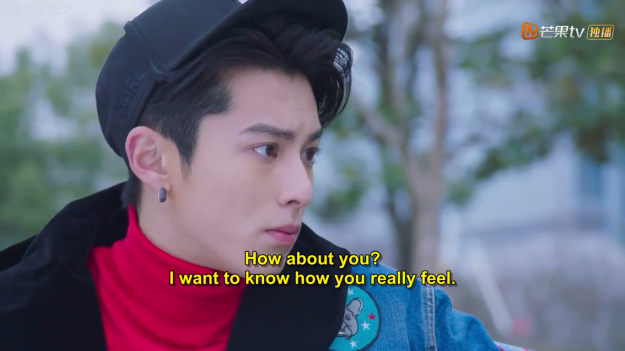 Poor boy. He just wanted to know how she feels and that she wouldn’t leave him all of a sudden again. 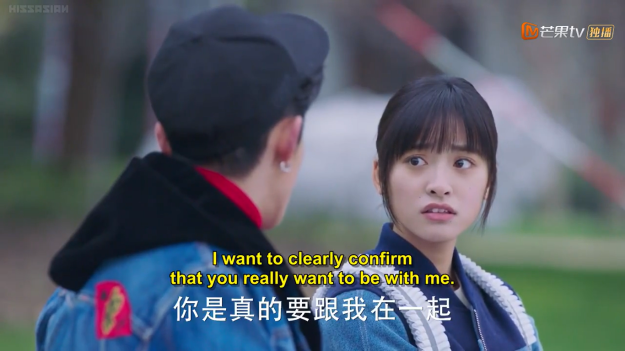 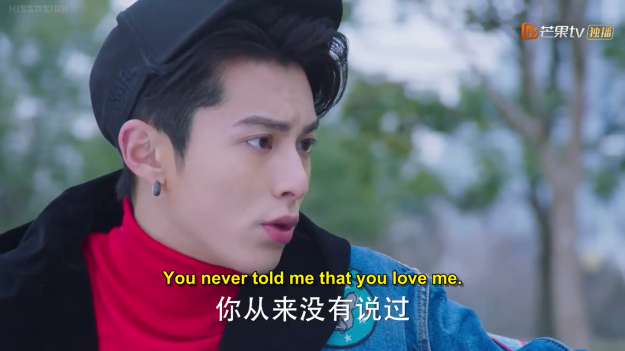 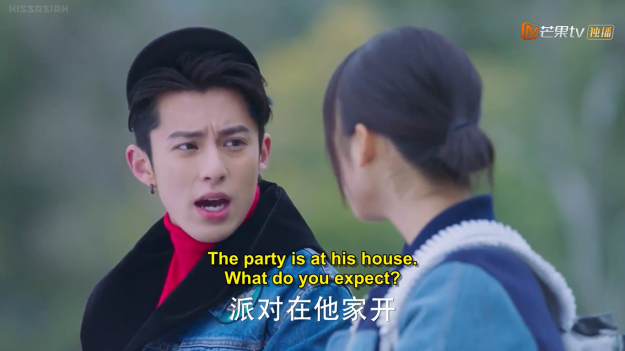 Ximen called Dao Ming Si to invite them to a house tea party. 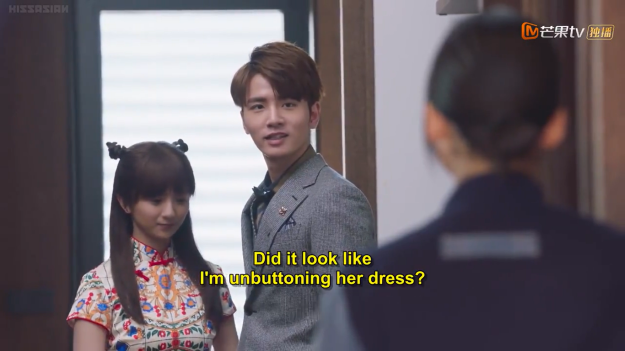 Xiaozi referred Shancai to the cheongsam expert aka Ximen. Her eyes popped out when she thought she saw Ximen seducing Xiaoyou. I love this drama and its subtle sexual hints.

You mean, “fine feathers make fine birds” haha! Dao Ming Si told her that he was giving her a compliment. I completely agree with him though, that qipao looks so good on Shancai/Shen Yue!

I just had to insert this because this innocent puppy look of his is my favorite!

Even drunk Shancai still couldn’t say her feelings out loud… Instead, it was Xiaoyou who made a confession to Ximen

Ximen told Xiaoyou that he may be a good person but he’s not a good man. Wow, such powerful words there.

Even though Xiaoyou got rejected, she still didn’t want to give up.

Dao Ming Si’s pretty disappointed that Shancai cares way too much about other people’s business instead of caring about their relationship. 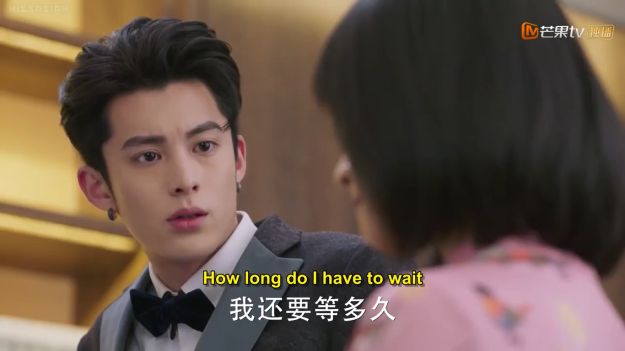 Dao Ming Si told everyone that he was going to go home already. They all assumed that he had a fight with Shancai.

Shancai made a buzzer-beater confession and said those three little words in front of everyone! AAAAHHH YESSS! “Wo xi huan ni” literally translates to “I like you” and not “I love you” by the way. A lot of Chinese and Taiwanese dramas have English subtitles that translate those words that way so I hope that it won’t confuse you. 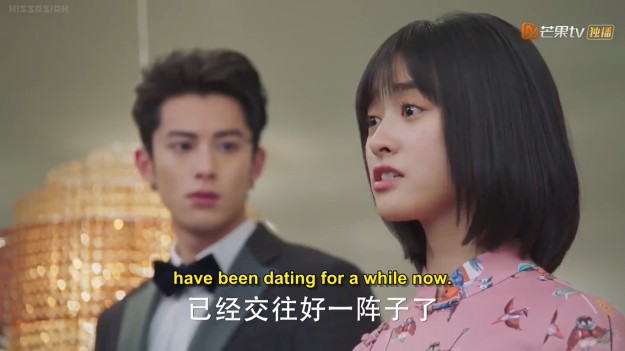 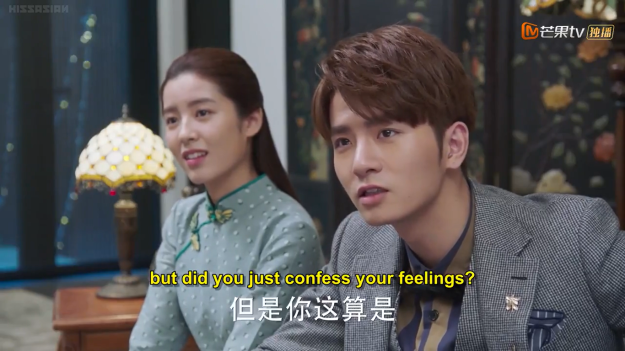 Ximen’s right. Everyone already knows that they are dating but her confessing to Ah Si is another major thing.

LOOK AT THAT FACE OF PURE HAPPINESS. He’s so precious! 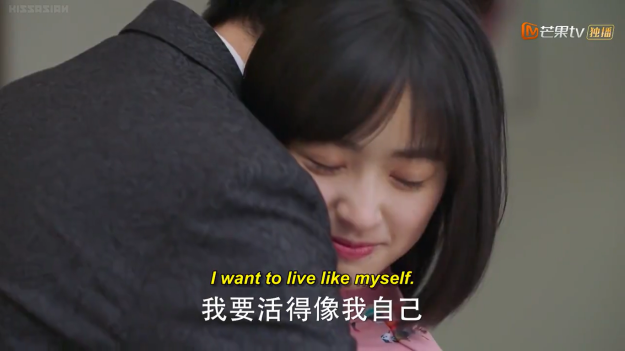 I AM SO HAPPY FOR MY OTP! Now if only this happiness could last longer…

Did this episode make you feel happy too?