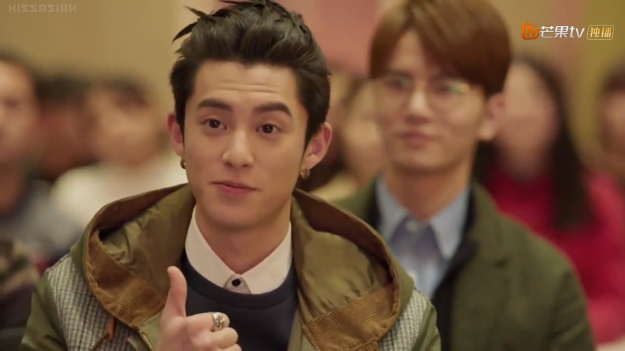 You can do anything with Ah Si’s encouragement!

Can you smell what’s cooking in the kitchen? It’s the scent of love and support from our amazing Ah Si. Let’s start cooking some more dishes, shall we? 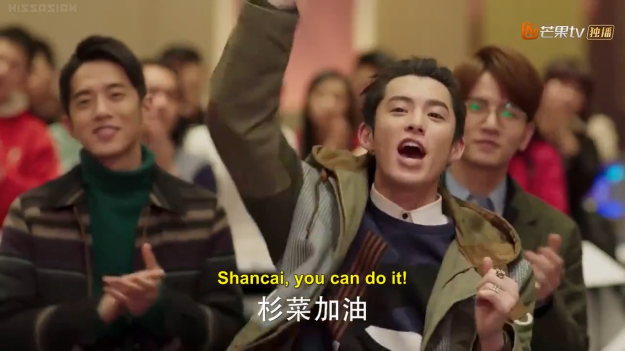 Shancai’s personal cheerleader! Where do I sign up for one?

He rejoiced so loudly when Shancai passed the first round! Ugh soooo adorable!

He had so much confidence cheering Shancai while she was cooking but now that he is in front of her, he could not think of proper words to say. *Sighs* Dylan as Ah Si is making me crazy in love.

For the last round of the competition, they were asked to create a hometown dish in only 45 minutes. Shancai’s mind blanked out and did not know what to prepare. Ah Si to the rescue! He reminded her that it was for her dad’s debt of 1 million. Although I still would not know what to do if I were Shancai because that’s just a lot of pressure…

Shancai got a pineapple and everyone found it funny (I did too!) 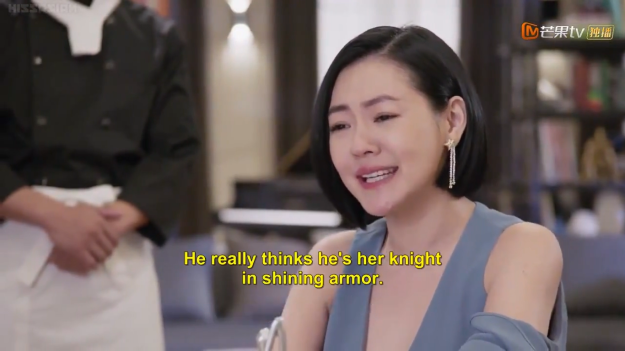 Supportive Zhuang jie found her brother pretty cute when he barged into the scene. 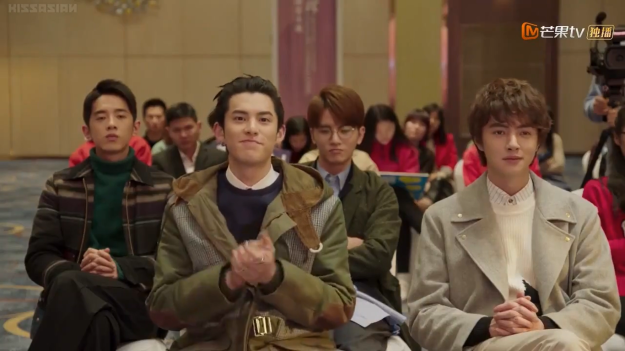 His slow clap was just the cutest when the judges were praising Shancai’s dish. 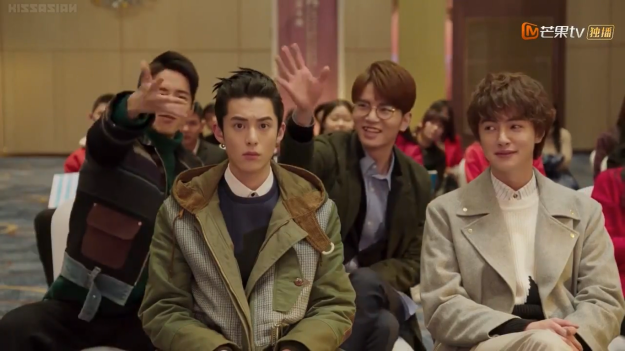 They asked Shancai why she chose to add pineapple to her dish. She told them that it was based on personal experience *wink wink*. Look at F3 being so cute and making fun of Ah Si!

Unsurprisingly, Zhou Caina won the competition! Dao Ming Si being so immature and childish was the winner of this competition for me haha! 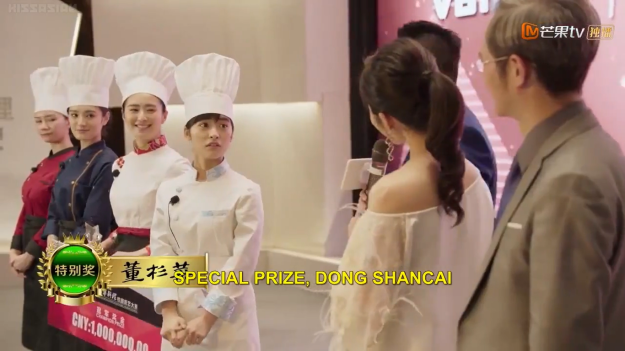 But wait, they made an exception and gave Shancai a special prize! 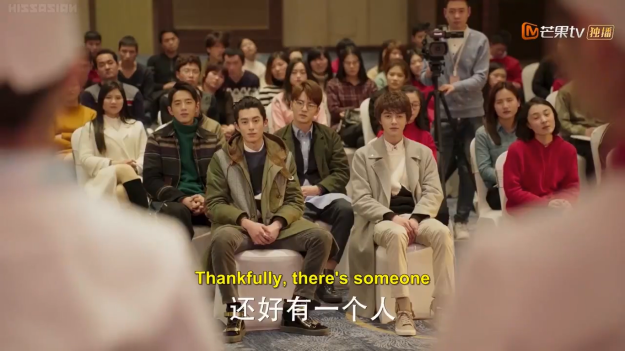 Look at that face and those eyes that are basically screaming “love”. I’m so thankful that Shancai made it a point to include him in her victory speech. Love is really in the air!

He was Shancai’s cheerleader from the beginning up to the end of the competition.

Victory dinner at Ah Si’s house with the rest of F4 and Zhuang jie! 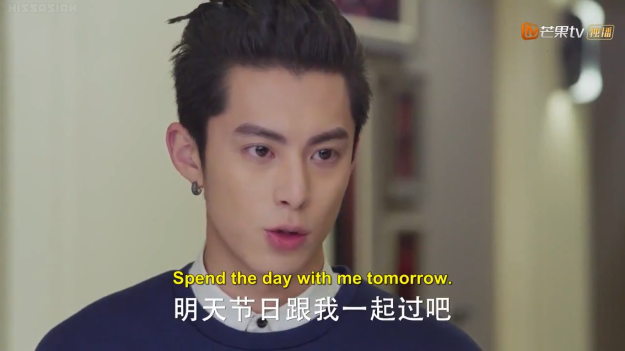 This was all happening with everyone as the audience. He told Shancai that it is one way for her to say thank you to him too.

Everybody seemed to have rejected her (thanks to their team work!). We will definitely see them go on a date again after so long!!! Hallelujah!!!

A cute obstacle is coming along the way as Shancai will definitely bring this boy to their date! 😉

So what did you think of this episode?

Another wonderful week of Meteor Garden has finished. We will be getting the usual number of 6 episodes starting tomorrow!