Of course you are!

It’s the start of this lovely drama’s 3rd week run and everything is just so exciting! A trip to the zoo and a cold (can mean two things) holiday in Canada are what we have seen in this episode so far. Let’s start our trip, shall we?

Oh yes! We started out this episode with a sudden date at the zoo. This will be ZOOper exciting! Okay I shall leave now that I made such an annoying pun haha! 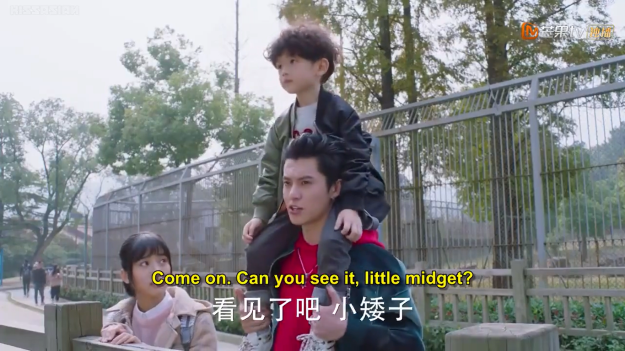 In the 2001 version, we got the same zoo date scene except that Ah Si took forever in making amends with Shancai and the kid. He was just so mad that he had to spend a day at the zoo when all he wanted was a date with Shancai. For this version, we got a way calmer version of Ah Si but appeared to be more childish and hostile towards the end of the episode as you will see.

That’s how you should answer, Ah Si! HAHAHA. Are there really girls who are this oblivious when it comes to guys? 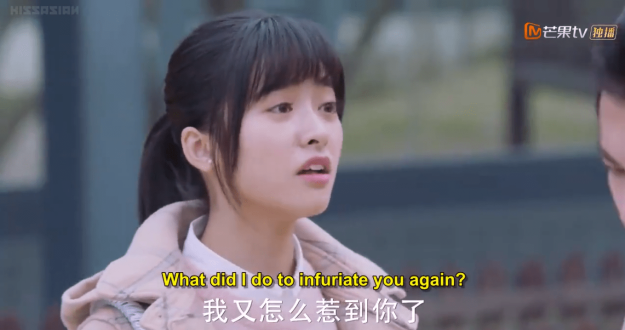 Our main guy really got triggered! So they ended up shouting at each other (as expected) and Ah Si even putting the child down just like how it was in the 2001 drama. Oh these two!

Fighting is synonymous to liking/loving in this drama so no worries, Shancai!

Not going into the details of Meizuo’s story line. He was just basically flirting with Zhou Caina (check previous episode). 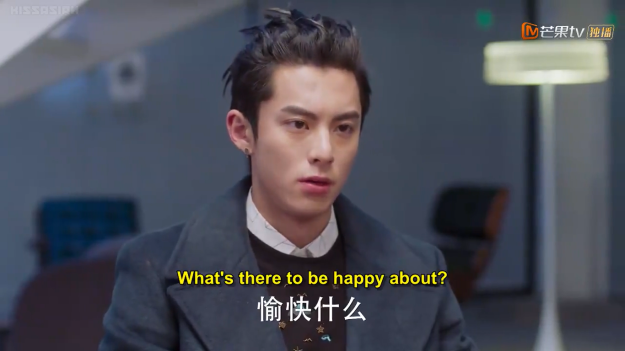 Our F4 had some love problems meeting while playing Bridge. They asked Ah Si how his date with Shancai went. 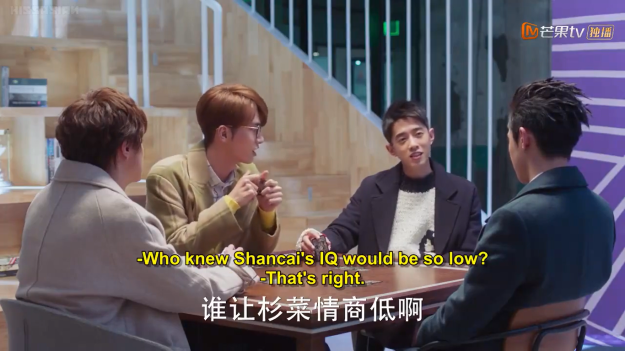 Ximen ended up appeasing his good ol’ friend that it was all Shancai’s fault. 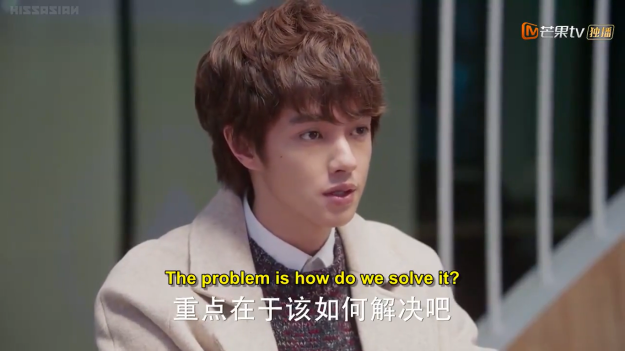 Even if he always says a few lines, he either always makes sense or gives some direction to whatever problems they may encounter.

F3 to the rescue when Shancai and Xiaoyou needed to sell a lot of milk tea. 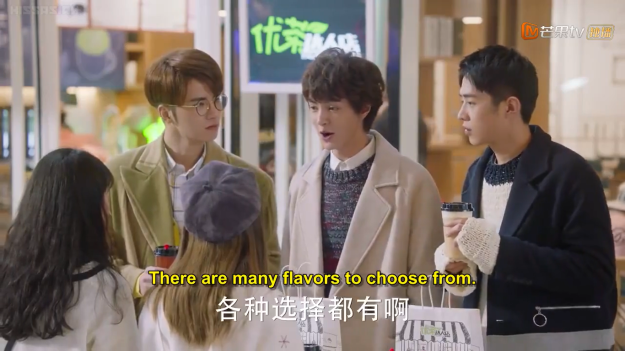 I loved this part so much. It is probably my favorite scene from this episode that I need a GIF of it! Ximen and Meizuo hit Lei with their shoulders when he was not saying anything when they were selling LOL. It is funnier to watch it rather than talking about it. So please tell me I’m not the only one who found it funny!

In the 2001 drama, F3 also helped out by selling their cakes with kisses in exchange… Why did we not get it here too?! HAHA. It happened when Ah Si was in the US unlike here when Ah Si’s in Shanghai but he’s in a war with Shancai.

Look at that face seeing Shancai’s delighted expression when she got her bonus cash!

So F3 helped Shancai out because they wanted to invite her to a holiday in Canada. WOW. You already helped me reach my sales target and I even get to have a free holiday with you all in Canada?! Can I please be Shancai?

If I am not mistaken, F3 in 2001 helped her out just because they wanted to protect her while Ah Si was not around. I am fine with any of these versions’ motives as long as they  help our OTP get together!

These two bickering nonstop is just the funniest! It is only funny since we are watching them from outside but if it were F3, they would have been very annoyed to death! 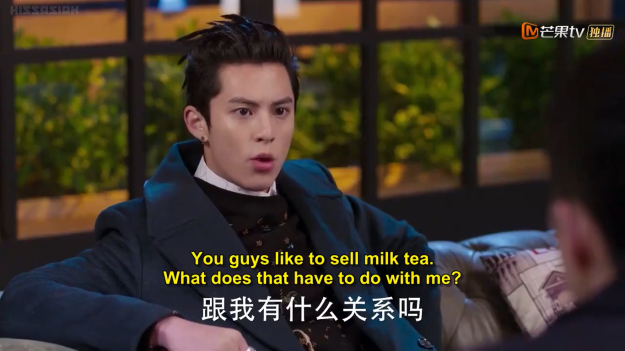 F3 told Ah Si that it was the only reason why they helped Shancai out in selling milk tea. Of course, he pretended not to care. 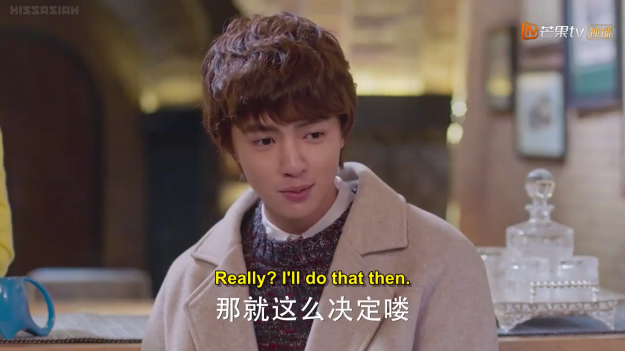 Court me, court me too!!! Ximen and Meizuo told Lei that he could freely court Shancai to scare Ah Si off. Again, Ah Si pretended not to care but you could see that he was trying really hard to hide his concerned face haha!

LOL. Do you really have to put that on social media? Oh kids these days… So Ah Si saw Shancai’s post on QQ and we could see right away how he was going to react.

Bad news: 2 evil girls (15 episodes in and I still don’t know what to call them but you get what I mean 😉 are joining the trip just because they’re extra like that and Shancai did not know how to deal with them. *Sighs*.

I also need this GIF of Ah Si eating ice cream by his fireplace like a boss as everyone stood in shock. Go, master!

Just because we need our dose of Lei lines to supplement our daily lives. Like who cares if the weather is cold? I am still going to eat some ice cream! He was also the only one who had the guts to tell Shancai and Ah Si who were at war that they should just stop flirting. Epic! This is why I love you, Lei! 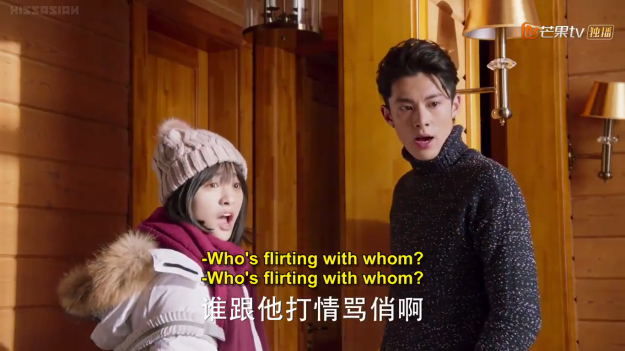 This will never end, people!

Lei strikes again with his timely lines/questions. Dao Ming Si was still not turning soft despite his friend asking him about it.

This would have been funny if Ah Si had thought of a better prank to pull on her. But intentionally tripping her was just too low for him. Not even going to say that it was too childish because he could really have done better. Oh well, he ended up getting satisfied and so him and Shancai ended up wrestling each other on the floor. Why did we not see this outside with the snow instead? Ah Si and Shancai doing a snowball fight would be so fun to watch! 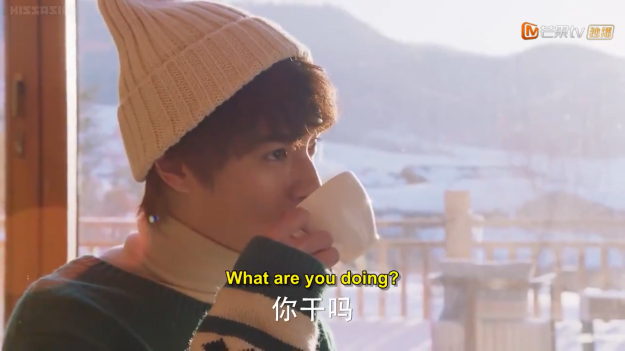 *sips tea*. Lei’s judging and concerned face when Ah Si made Shancai trip was just priceless. We need more of this guy and his facial expressions, I swear!

This episode ended with the 2 evil girls sabotaging Shancai by telling her that Xiaoyou went out to see the night view. Lei accompanied Shancai outside despite the strong blizzard. I think we will all like where the next episode is headed!

What did you think about this episode?