Happy belated Singles Day! Singles Day is celebrated on 11/11 every year in China because the amount of ‘1’s in 11/11 is like an amass of singles. It’s a big thing in China and promotions and sales on Taobao, China’s biggest online shopping retailer went through the roof on Single’s Day. 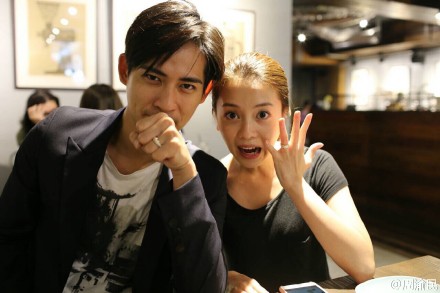 Vic Chou: Mrs Zhou is so beautiful! Yes, we are married. Thanks, friends, for all the blessings.

But this Singles Day, it’s special.  Vic Chou (Zhou Yumin), affectionately known as Zai Zai, had announced his marriage through Weibo on the eve of Singles Day, crushing the hearts of millions. Vic Zhou is married to his long-time girlfriend, Reen Yu (Yu Hong Yuan). 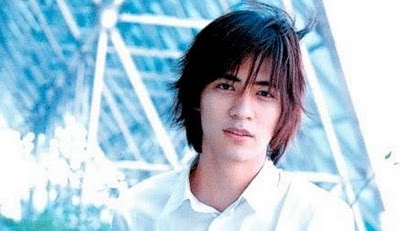 Vic Zhou, 34, has been a sensation throughout Asia since 2001 because of his first drama, Meteor Garden, which was insanely popular. He, along with the 3 other male leads in that drama, formed F4 and they were the dream of so many teenage girls back then. Even though F4 is now disbanded, they still remain popular and loved by the public. 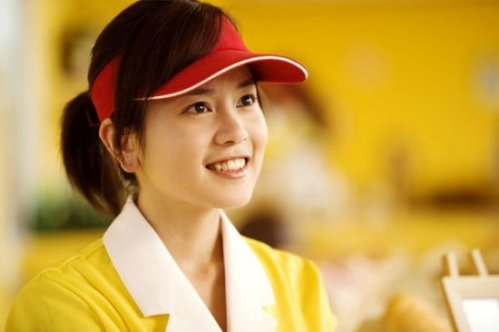 Reen Yu as He Xiao Mei in Black and White

Reen Yu, 28, first rose to fame in 2009 with her supporting role in Black and White. It was also through this drama that she met Zai Zai, who was the main character. Her most recent drama was Lady Maid Maid in 2012. 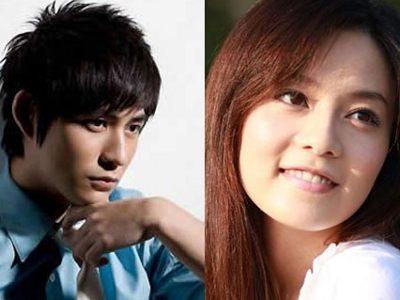 It is said that Zai Zai had proposed to Reen Yu out of the blue while eating at home one day a while ago. They had chose to register the marriage on 10/11 because they both happened to be free. And with that, Zai Zai is the 2nd member of F4 to tie the knot even though he is the youngest. 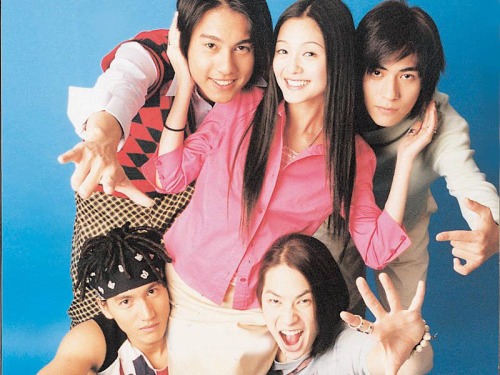 Can you recognise Barbie Hsu, Jerry Yan and Vic Chou?

I’m not out of my hiatus yet (soon, though!) and I thought Marian would be posting about this but when I realised she didn’t, I thought “I can’t let this news slip by!” and hence, here I am. I had known that Zai Zai got married on 10 Nov because I saw some news headlines but it’s only today that I realised that his wife is actually Reen Yu who was the main female lead in Love Buffet which starred Aaron Yan and Calvin Chen. 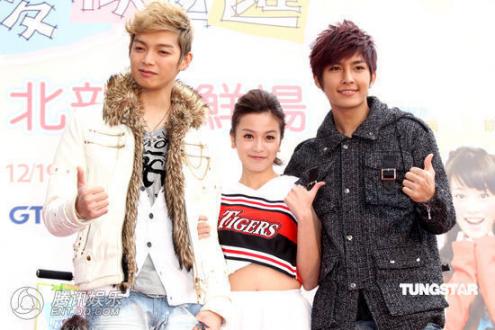 I hated her character in Love Buffet because she made the entire drama so draggy. Thus, I wasn’t pleased when I realised my dearest Zai Zai has married her. But I soon came to my senses and realised, “what am I thinking?!” That was just a drama, not her in real life. I should be glad Zai Zai found his happiness! And when I put the delusional fangirl in me away, Reen Yu do seem like a pretty decent partner. I wish them both happiness and bliss forever(!!!)

To end off, I shall share a cute weibo I saw regarding #Vic Zhou and Reen Yu marriage#

男神仔仔结婚了，老婆是当年另一男神炎亚纶的绯闻女友？好吧，这姑娘可能是上辈子拯救了银河系。#周渝民喻虹渊结婚#
Male god Zai Zai is married and his wife is the rumoured girlfriend of the other male god, Aaron Yan? Alright, this lady must have saved the Milky Way in her previous life.

Looking at the number of heartbroken tweets on Weibo, I must agree with this, Reen Yu is one lucky girl with a lot of good karma. Congratulations Zai Zai and Reen Yu! Make sure you stay loving and blissful so you don’t waste all the sacrifice we, rabid fangirls, have made for you two!