It was only just a dream. We didn’t really see much of these two in this episode.

As much as I love seeing Dao Ming Si and Shancai together, my heart was still beyond happy to see Hua Ze Lei being there for Shancai. If you are a Hua Ze Lei fan like me, then you will most likely love this episode as much as I do! 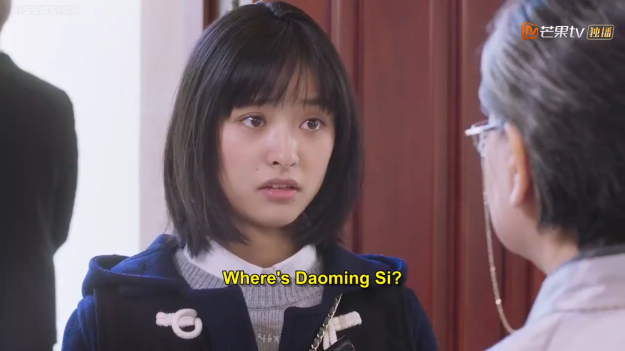 Through Thomas’ help, Shancai found the Dao Mings’ mansion. Yu Sao was there to welcome her and lead her to Dao Ming Si. 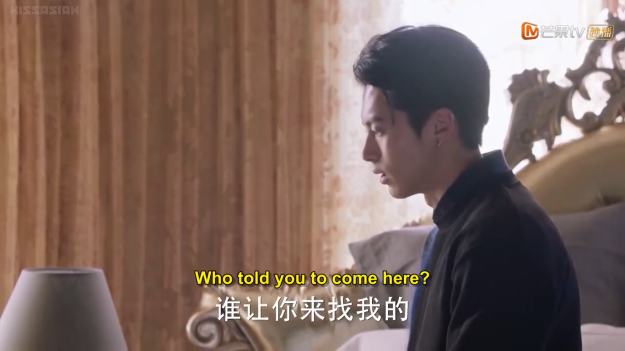 Unfortunately, Dao Ming Si wasn’t very welcoming to her which she didn’t expect at all.

He had to suddenly take a 360 degree character change…

As always, Shen Yue cried so beautifully in this scene. She could not believe that Dao Ming Si was pushing her away. It would be the last reaction that she expected from him after flying from Shanghai to London alone. 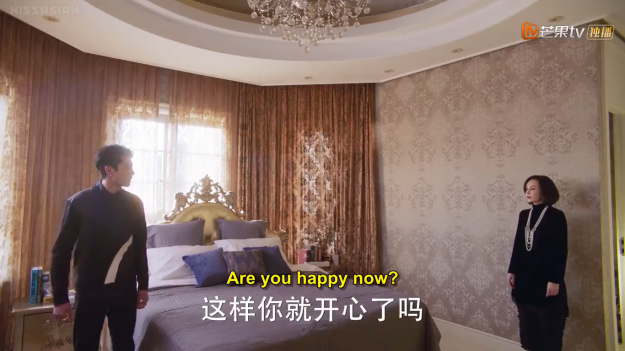 As expected, Dao Ming Si had to do it because of his mom. 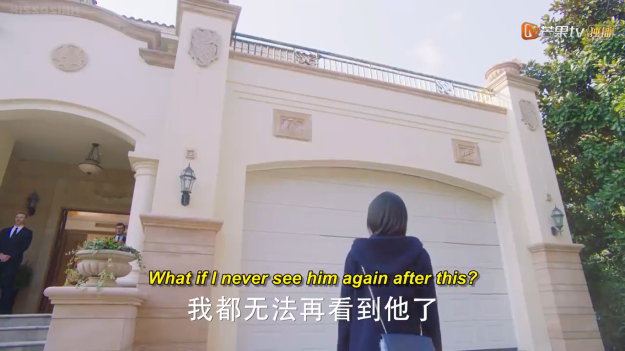 After being comforted by Thomas, there was a Prince Charming waiting for her. Look at how cute Lei is aaaahhh!

It turns out that Dao Ming Si had to sacrifice his relationship with Shancai in order to save the Dao Ming Group from being bankrupt. He really is the poorest Dao Ming Si/Domyouji out of all the versions. It suddenly reminded me of Dylan Wang’s funny answer when he was asked what his opinion was regarding this lol 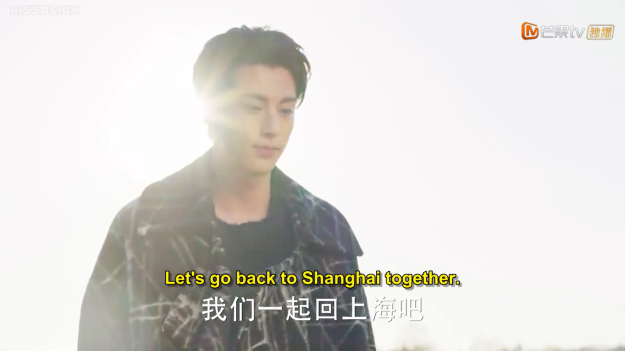 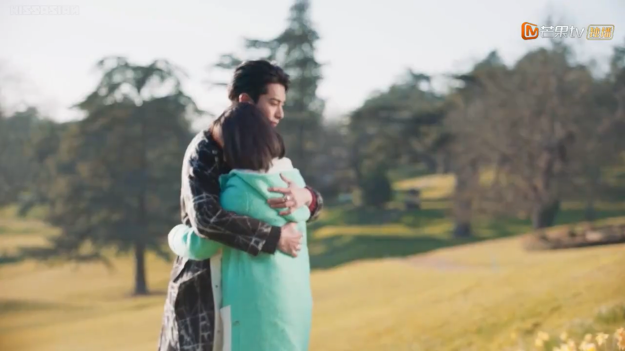 Shancai had a picturesque dream that Dao Ming Si took back everything that he said and that they ended up reuniting in each other’s arms. *Sighs*. 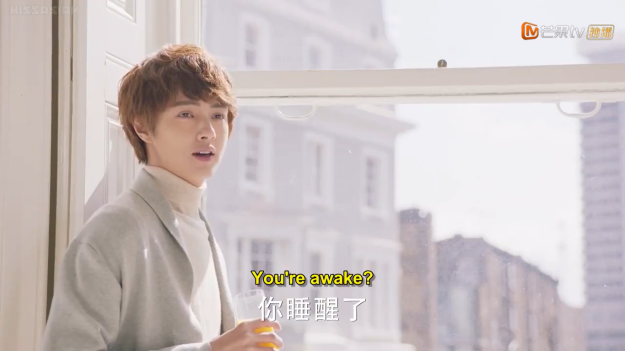 What a nice view to wake up to! Shancai was apparently sleeping for 12 hours, a major sign that she’s totally heartbroken. 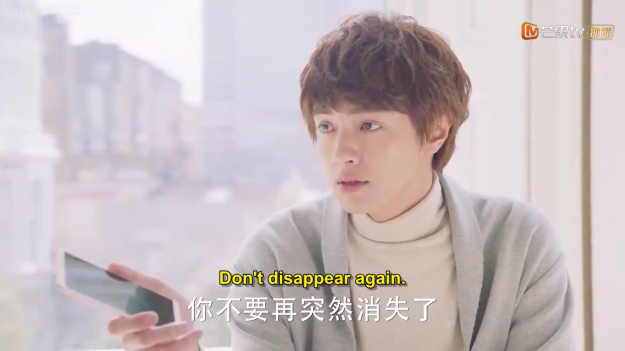 Lei gave her a phone being the sweet and caring friend that he is.

She thanks him for everything that he has done for her especially now that she’s having tough times in a foreign country. 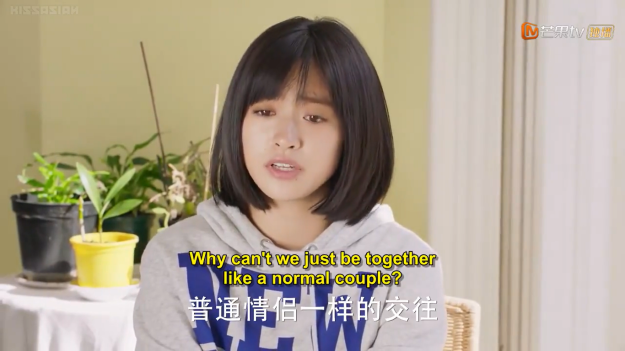 I really feel bad for Shancai because all she ever wanted was for her and Dao Ming Si to live life as an ordinary couple.

Shancai asked him why he went to London. He’s just always concerned about her 😥 and sadly, it’s not a two-way street. 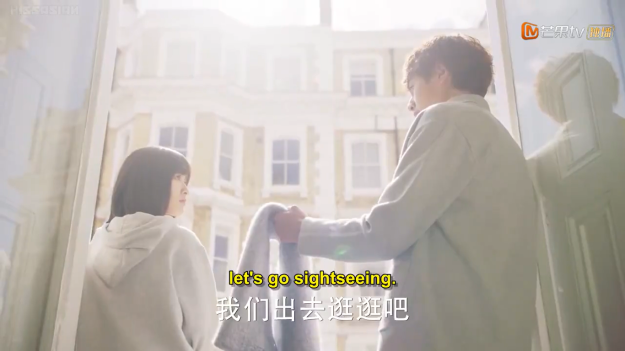 He’s taking her out so they could make use of their time to have fun instead!

Dao Ming Si’s just stuck in his bed and basically hating his existence.

He said that he misses Shancai so much 😦

Back in Shanghai, Ximen thanks Xiaoyou for everything that she has done for him. He also likes her haircut!

Lei treated Thomas and his friends (lol it’s the animated TV series haha!) to an expensive dinner. He did this to thank them for taking care of Shancai when he wasn’t there. 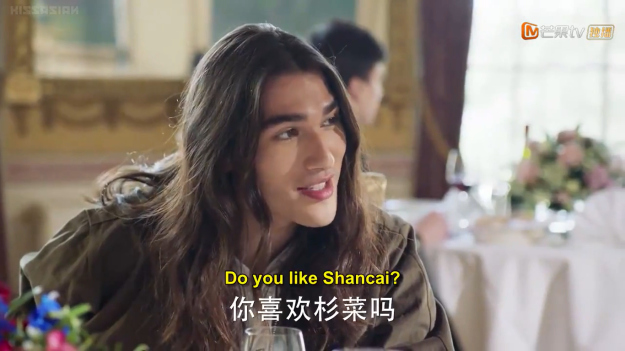 I love him for casually saying that he likes her. Ugh.

If you remember episode 7, Shancai got so drunk that she thought Thomas was Lei when he was playing the piano. This was my favorite scene from this episode and I loved how Shancai was feeling awkward talking about it. 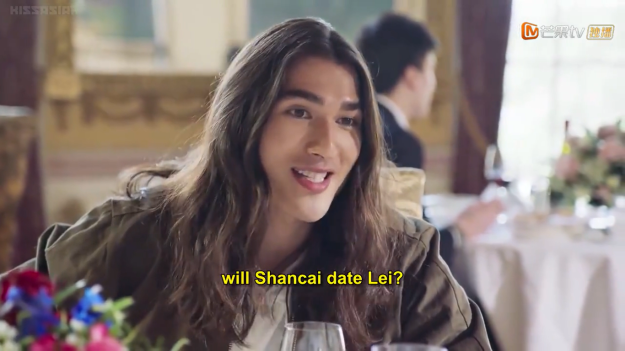 Oh you guys, please don’t do this to my fragile heart. You’re doing this just because Dao Ming Si is currently missing in action. You know what they say, out of sight, out of mind!

Even though Shancai didn’t answer them properly, they all still went on and cheered for her happiness. Aww such gentlemen!

Lei lost his wallet when he was buying ice cream for Shancai before going to this restaurant. Since no one else had enough money to pay for their bill, they thought of a great solution… 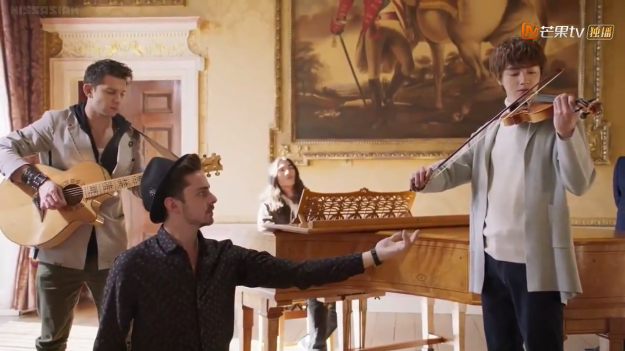 They all played in a band with Hua Ze Lei playing his violin so charmingly. It took me a few seconds before the chorus to realize what they were playing. It was none other than the ever-popular “Meteor Garden” theme, “Qing Fei De Yi”. The start of this episode may have been full of sadness and heartaches but at least this scene was full of happiness, fun, and nostalgia!

What did you think of this episode? Do you have a Hua Ze Lei syndrome like I do? If not, it’s okay because I love both Lei and Ah Si haha!