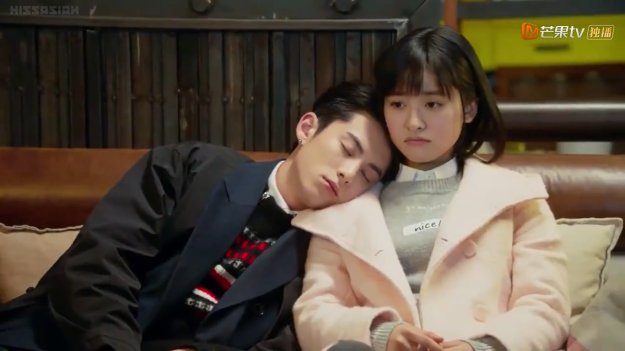 The clingiest and cuddliest Dao Ming Si that we have seen out of all the versions!

Part 2 of Ximen and Xiaoyou’s love story and this was better than the previous episode for me. There were dashes of F4 and Ah Si-Shancai cuteness too so let’s all relive them in this recap!

Ximen re-imagined how different his love story with Xiaogeng would be if he hugged her tightly and apologized for ditching her.

Xiaoyou asked for Shancai’s help to find Ximen. F3 + the girls stayed in the cafe to wait for Ximen. Xiaoyou told everyone that she must really see him tonight and she can already let go of everything after.

This was funny because Xiaoyou used reverse psychology on everyone and told them that they could just all leave while she waits for Ximen. No one else but Meizuo stood up and he was ready to leave. He felt awkward and embarrassed that he was the only one, I expected this kind of action from Hua Ze Lei actually haha!

Shancai assured Xiaoyou that she will wait with her since it was still early anyway. Loved how Dao Ming Si was looking at Shancai in this scene. I felt bad for him at the same time because he was only concerned about how Shancai wasn’t really concerned about their relationship as much as she’s invested in other people’s problems.

[in a SpongeBob narrator’s voice]: 10 years later… All the boys just ended up playing in their phones.

Shancai grabbed Dao Ming Si’s phone to snap him out of his game so he could contact Ximen. 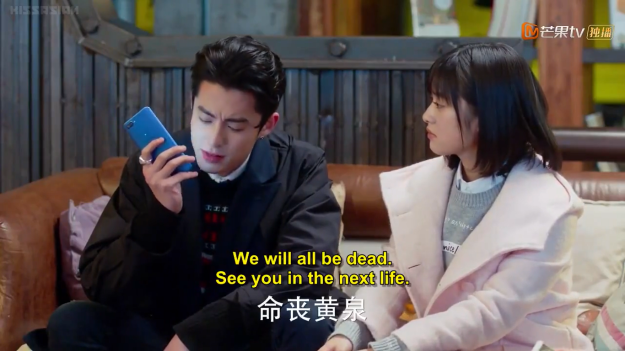 So he had no choice but to follow his girlfriend and even went extra by fake crying on the phone… Best boyfriend ever! HAHA.

Apparently, Ximen was in a training with his tea master so he never got to check his phone. As you might have easily guessed, that voice message came from none other than Lei. Isn’t he just the greatest friend ever? LOL.

And all this time I thought he was just being a jerk again by not replying to everyone especially to Xiaoyou on purpose. 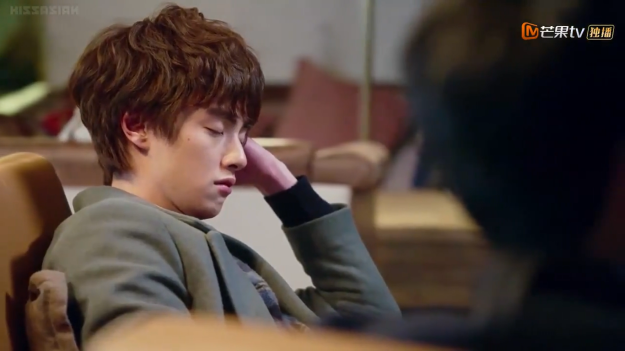 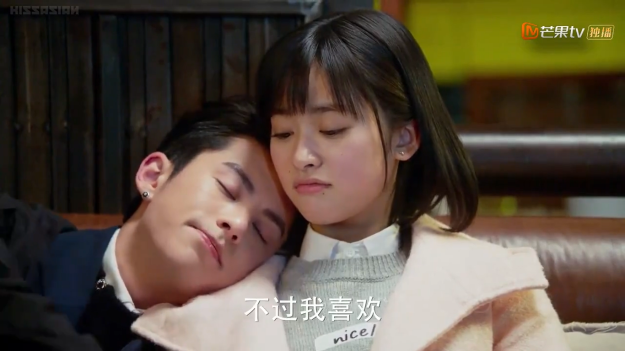 We have never seen any other Dao Ming Si/Domyouji in all the versions being this soft and clingy and this was just the cutest thing ever. 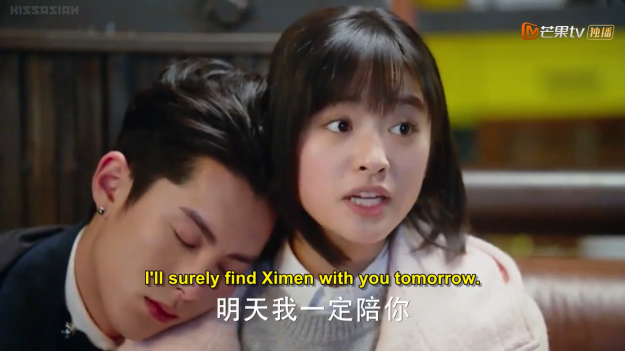 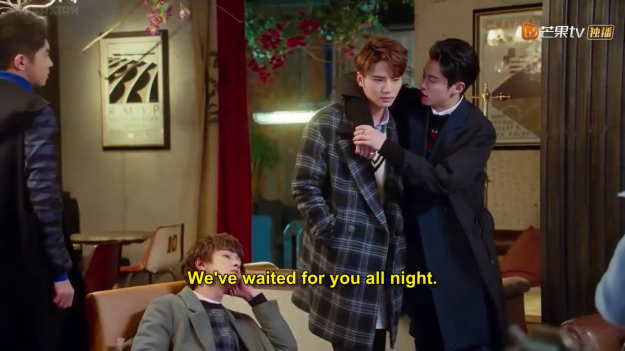 Just when everyone has already decided to go home, Ximen came right on time!

Shancai pulled Dao Ming Si away from Ximen so Xiaoyou could talk to him. This girl searched everywhere in Shanghai just to figure out what Xiaogeng wanted to show Ximen. 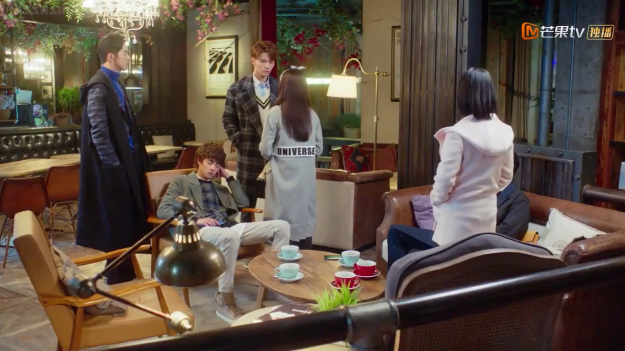 As much as you want to focus on Ximen and Xiaoyou’s moments, you just can’t help but laugh at Hua Ze Lei sleeping when all of these are happening. He’s my spirit animal. 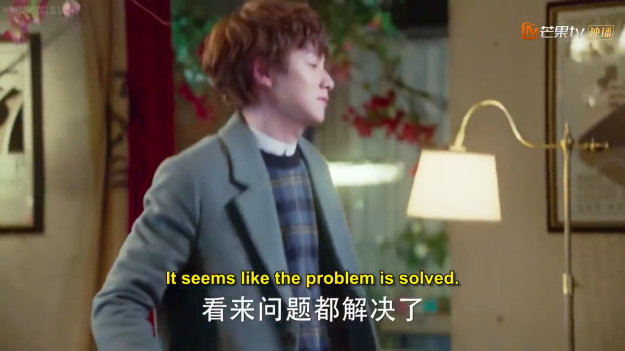 It even became more epic when he just instantly woke up right when Ximen and Xiaoyou left the shop. He felt more at peace and ready to go home to continue his beauty sleep. Haha! 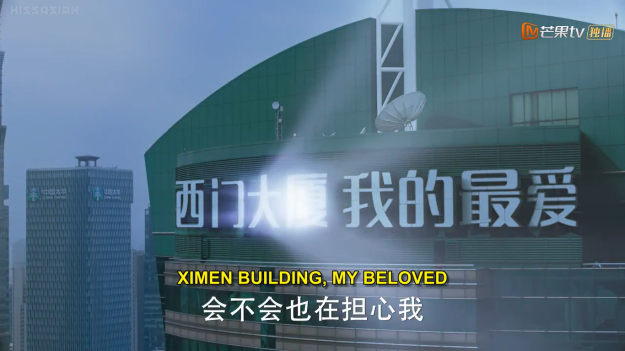 After 123456 floors of climbing up the stairs, Xiaoyou successfully got to show Ximen what Xiaogeng wanted to show her at 5AM. For a few minutes, the cold waves cover the other letters of the building’s name which just only show those words above.

Ximen became emotional once he found out that it was the only reason why Xiaogeng wanted to see him at this hour. 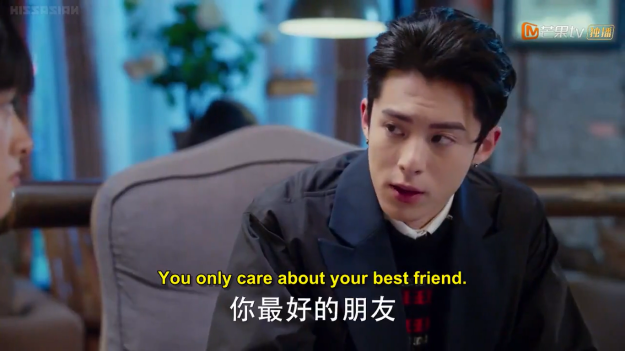 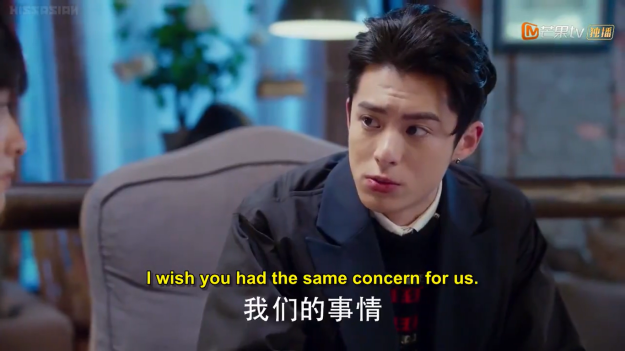 Dao Ming Si finally got to tell her what he has been thinking ever since they started accompanying Xiaoyou. Poor baby 😦

He got them tickets to London! Dao Ming Si is tired of sneaking around anymore. He’s ready to fight with his mom for the sake of their future. *Swoons*. 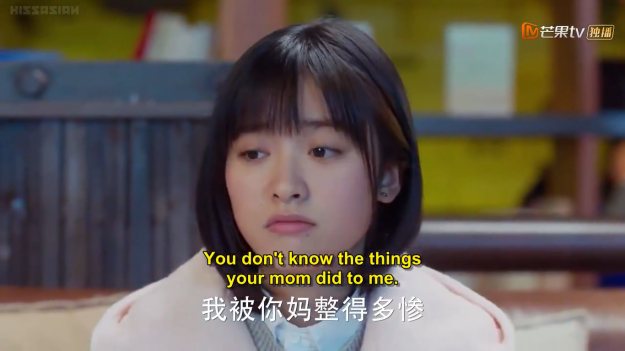 To be honest, I kind of forgot what his mom already did to her that I could only remember that it was Shancai who really offended his mom haha!

New look, new life for Xiaoyou! I actually thought that she did this because she wanted to look like Xiaogeng… This calls for a creepy psycho obsessed kind of love story then haha! 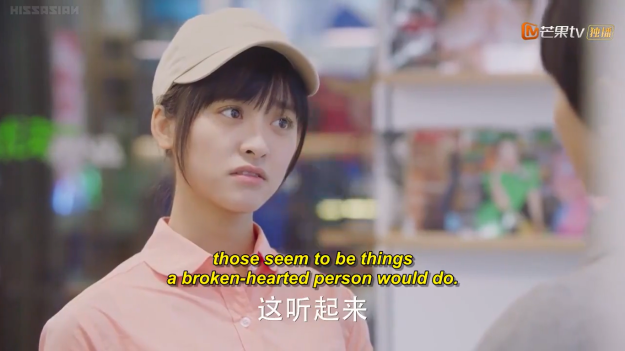 Kidding aside, I guess she was really sincere in wanting to start fresh. Shancai’s right too, haircut = start of moving on from a heartbreak.

Shancai got inspired because of Xiaoyou. She was willing to fight for her love for Ximen even if it seemed to be hopeless. As for Shancai, she is only beginning to realize that she has to do the same and believe in Dao Ming Si.

After 37 episodes, these two have finally intertwined their fingers with each other!!! AAAHHH LOVE.

They looked so happy and cute strolling in the mall. Can’t they just be happy forever? All you have to do is to lightly tap it and the other wearer will know that you’re thinking of them.

What did you think of this episode? Thoughts?