Just wanted to share my excitement with you readers. Those of you who frequent SkimmedMilkDrama should know my love for Show Luo. So when I realised he was holding a concert at my country, I decided immediately that I want to buy tickets and completed the purchase less than 3 hours later.

It was an impromptu decision. I didn’t even know he was coming until I saw the advertisement, quite belatedly, I must say. The truth is, although I love Show to bits, I’m not a hardcore fan of his singing or songs. I like him more as a host for his funny personality. My knowledge of his songs is largely limited to the drama OSTs from Corner with Love, Hi My Sweetheart and Hot Shot.

Even so, I didn’t hesitate. This might be the only time I’ll ever see Show live so I took the chance. I’m really not a crazy fangirl but I want to do wilful things while I’m young. This is my first concert ever, and it might just be the last one because I don’t particularly like crowds or loud noises (which explains why I’m hiding behind my laptop watching dramas and blogging here). For Show Luo, I’m going to brave it all! 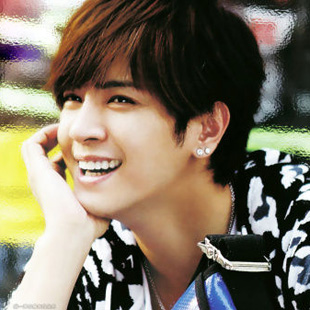 Any avid concert-goers? Tell me what to do! I’m so lost.