I didn’t expect to go back to recapping this soon but I hope you can join me in this long journey ahead! Another Jerry Yan drama to be recapped 😉

NOTE: I may be missing some important details in the episode. It was the site where I was watching that was malfunctioning. It kept skipping through parts so let’s all just wish hard that a subbing group picks this up so we’ll be able to watch it peacefully as soon as possible 😉

We got introduced with the female lead of the drama. She was doing some form of live reporting of people performing inline skating stunts.

It didn’t take a lot of time before we got to see the male lead aka the reason why I’m watching this in the first place… HAHA! Hello, Jerry! 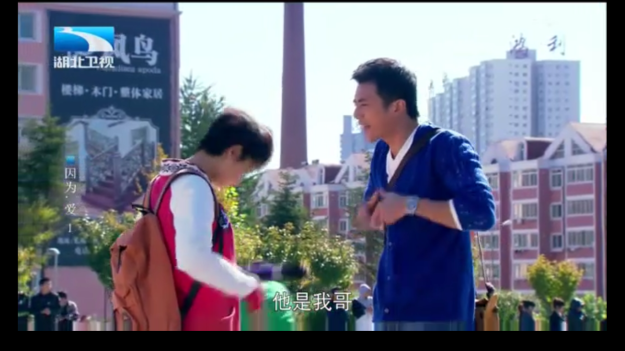 I thought he was going to be the second male lead but he said “I’m your big bro”… so does that not confirm it? 😮

Our male lead who happens to be a director btw is being problematic. The TV personality that they’re directing is being difficult too.

Before this screencap, there were intense scenes of the female lead skating. Yay that she was able to cross the finish line with her ge ge welcoming her.

In this episode alone, Jerry had a lot of scenes with his motorcycle. This is actually the OTP of the story… haha!

While she was driving, she stopped by this little apple-bearing tree and got a fruit for herself. Hmmmm was this some kind of a literary symbolism? She then danced with it in the middle of the road because it’s apparently normal in the drama world…

The reason why she was dancing was because she has actually always loved to dance [flashback scene].

And this is what you get for being too nostalgic about your past as a dancer:male stranger falls from his motorcycle, got up, and became a raging machine to the cause of the accident. 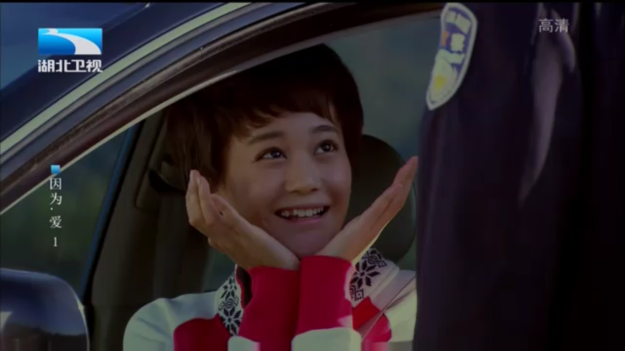 Apologizing now because the following recaps will probably be messy. Blame it on the laggy satellite TV 😦 from what I’ve gathered, she appeared to have stolen or at least done something bad towards the male lead. She left right away leaving the male lead even more enraged. She used her charm to get away from the cop.

This is already the 3rd time that this veteran actress will be playing with Jerry in a drama. First was back when Jerry did his first C-drama, “My Splendid Life” as his grandma, then “Hot Shot” as Show Luo’s grandma, and now as the grandma of our female lead here 😉 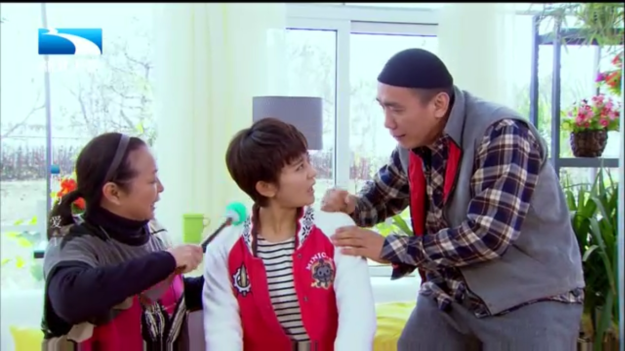 Looks like her charm didn’t work after all as she still had to proceed to the officer. Good thing she has these guys to save her 😉 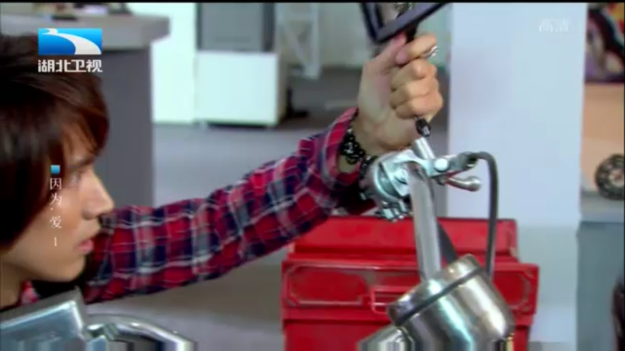 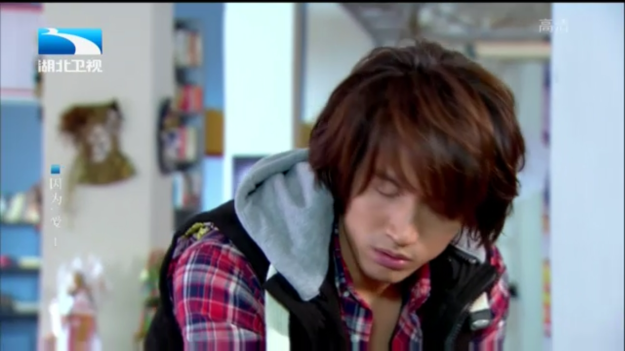 Mr. Handsome is fixing his motorbike which was destroyed when he fell from it all thanks to the random dancing girl that he unfortunately met on the road… 😉

He totally reminded me of Li Tang from my beloved “My Best Ex-Boyfriend” here. Playing a game when and where he shouldn’t be. 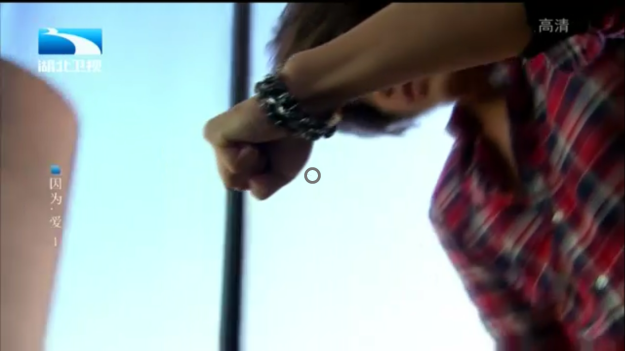 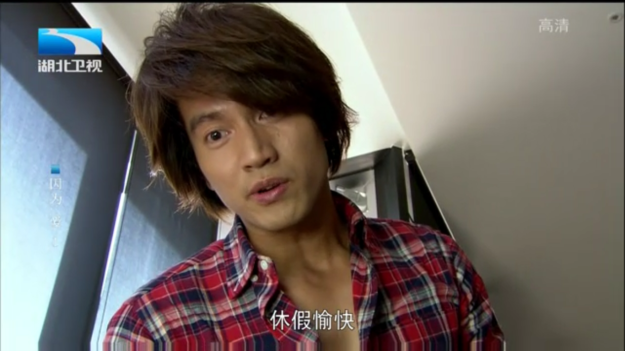 Do you see that buffering symbol?!! And that is why I did not get why he just punched a guy… HELP 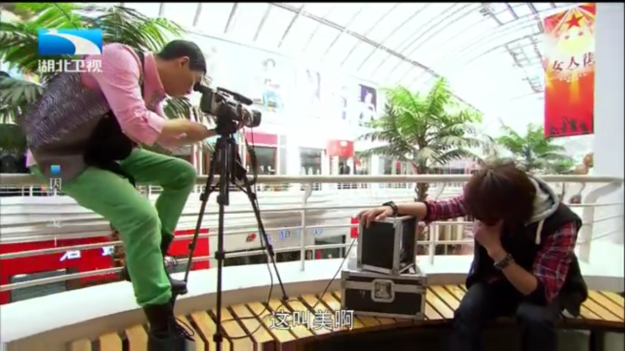 I don’t know why but she really reminded me of Zhao Liying in “Boss & Me” with her character. Though Liying is definitely 10x cuter! 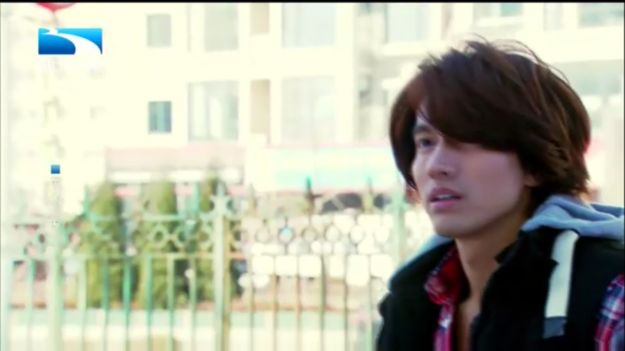 And so our director got fascinated with the quirky female character and followed her where she went.

It was a try-out/audition in which our female lead was too excited about! 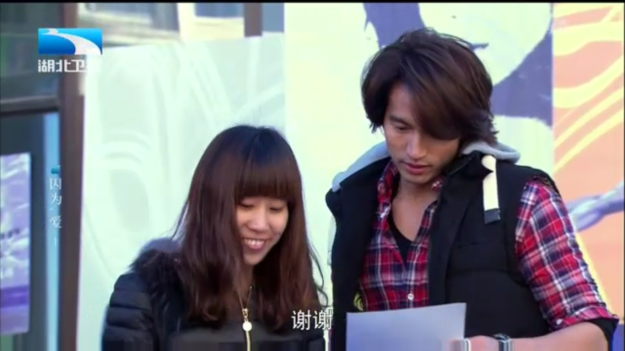 The director got curious and checked it out himself! 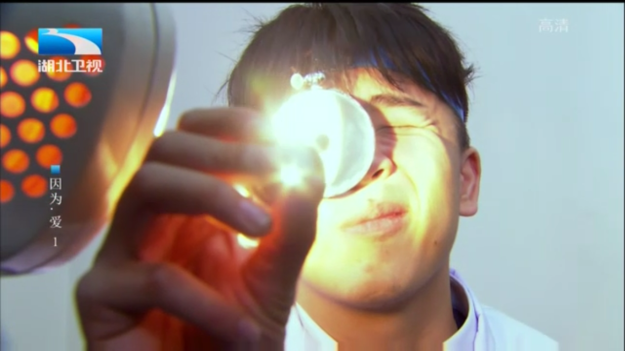 This is where it got interesting for me: She started to lose her ability to hear. They all got worried and brought her to the ear doctor. It was discovered that it wasn’t really anything serious but just to be careful and not to get too stressed or her sense of hearing could get affected.

Since she couldn’t communicate properly, she wrote what she wanted to say on a notebook to her pal. It must really suck for the person who was looking through this side mirror because there was no hope for him to eavesdrop. It was no other than…

our male lead! And this is how the pilot episode ended but I’m 99% unsure because again, I blame it on the satellite website 😦

Did you watch this drama too? Or did you “watch” it based on this recap? Please let me know your thoughts through your comments below 😉

8 thoughts on “[Episode 1 Recap + First Impressions] C-drama: Because of Love”