It’s getting harder and harder to keep up writing episode recaps even if this drama is just once a week but I’ll manage. Jia you!

For the second episode, we could see that both Ting En and Wei Qing have interconnected lives and I don’t think it’s going to change soon. This can only mean one thing, more excitement and flavors to taste in this culinary drama! 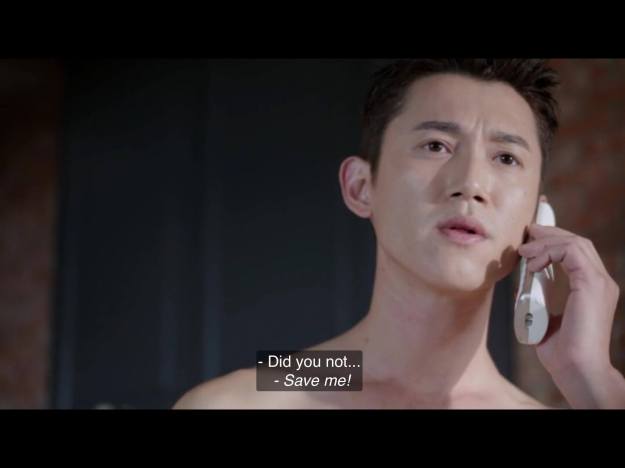 We started the 2nd episode with Ting En calling Wei Qing to ask if she had her phone. He did not get any decent response as he just heard her say, “Save me!”. 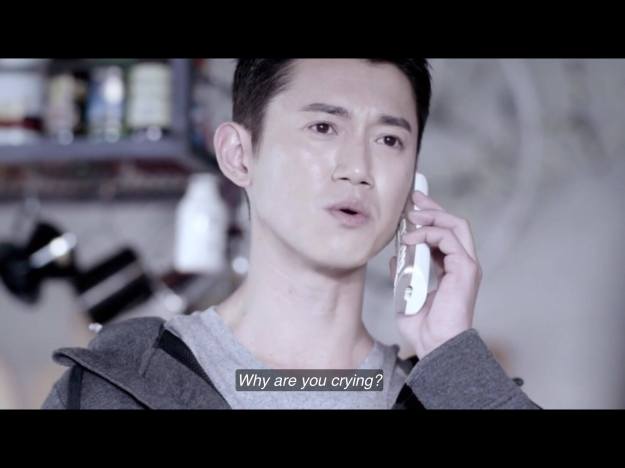 Flashback to the time when a similar situation happened to Ting En. 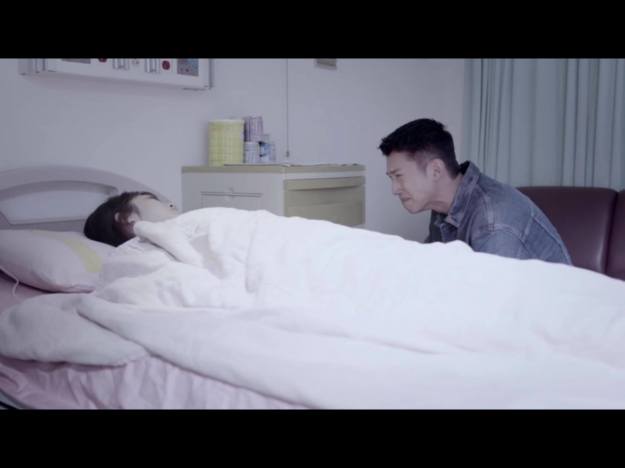 And we got an answer regarding his sister’s whereabouts right away… She passed away. No exact reason was given but it was definitely an emotional scene. Wu Kang Ren and his acting chops never fail to impress me!

Because of that flashback, he panicked and went on to look for Wei Qing. Boy got his girl’s address! 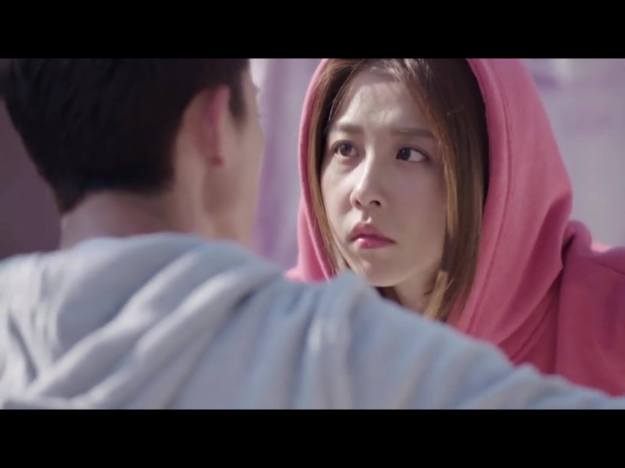 He basically trespassed and saw Wei Qing hanging her clothes on the rooftop. 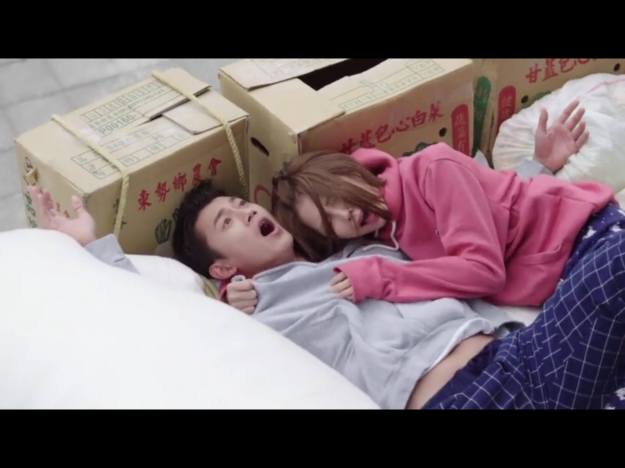 And by some silly Taiwanese drama trope, they fell down from the rooftop and managed to survive (obviously or there won’t be a next episode) haha!

His arm got injured so bad-ass scooter driver Wei Qing rushed to bring him to the hospital. Gotta love the strawberry helmet! 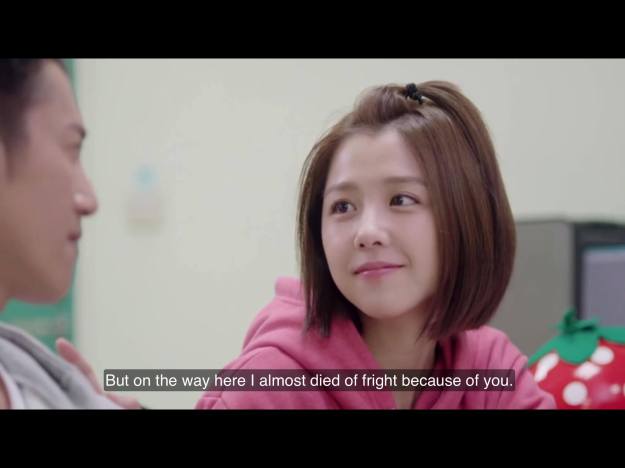 Ting En asked Wei Qing about what happened to her this morning. She fell off the bed which made her shout “save me!”. 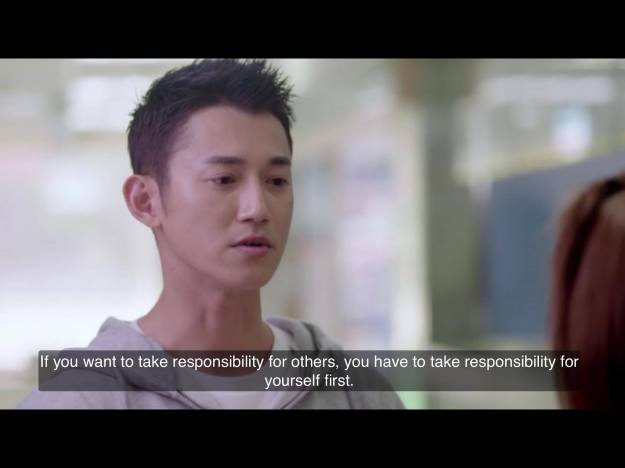 He then told her to take care of herself first before taking responsibility for others. I really loved how these hospital scenes are already showing how fast their relationship is developing whether as friends or lovers.

Wu Kang Ren in a business suit aaahhh! He went to their corporate office just to deal with some paper works. He does not like this aspect of his job as he would rather stay in La Mure to manage the kitchen. 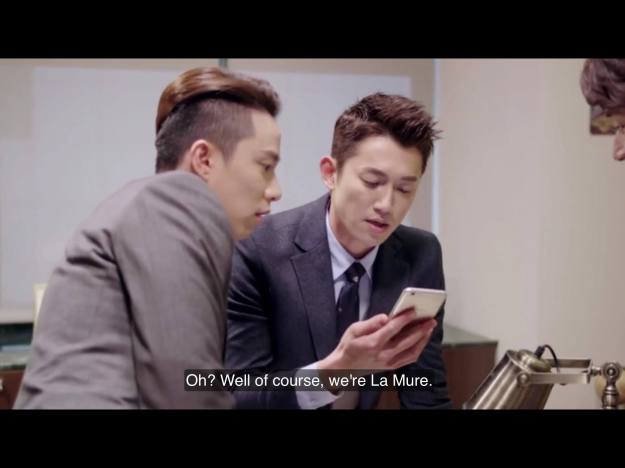 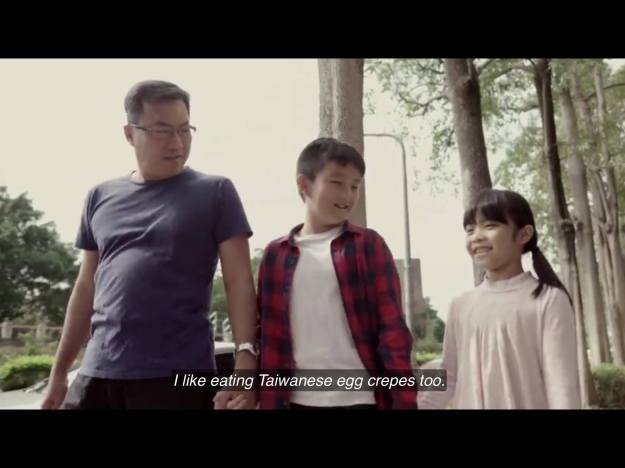 Flashback to the time when he and his sister would eat in roadside shops. 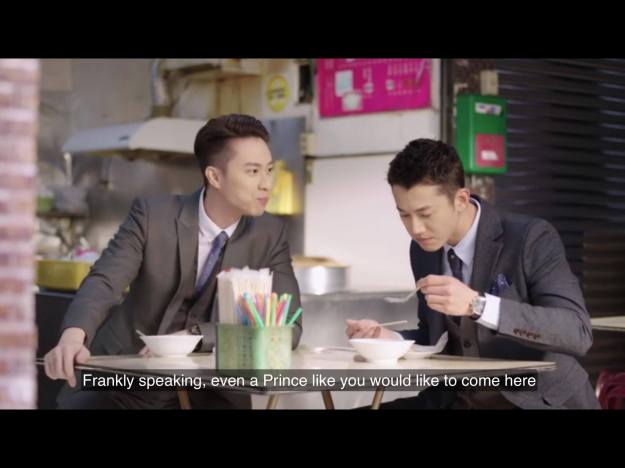 His friend told him to take care of his hand as it is the most important weapon of a chef. I loved how he replied that the same hand is capable of holding on to something and also of letting go. 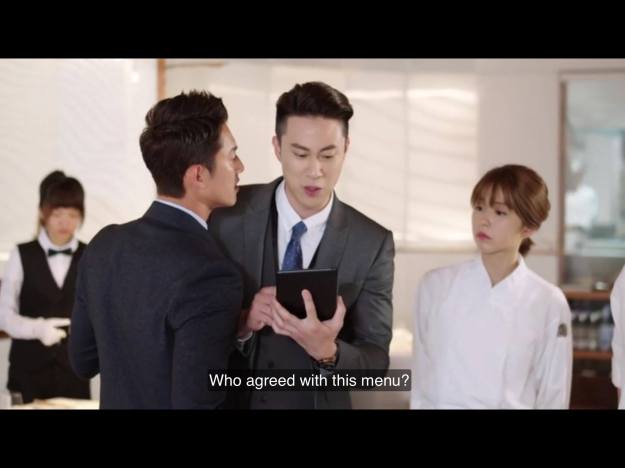 Back to La Mure, problems started to afloat when a VIP couple reserved their restaurant and demanded for their requested menu to be served.

Oh the innocence of a trainee! It’s because La Mure never believed in having a menu, it’s a recipe-less philosophy that they have been known for.

It’s just the 2nd episode but I just don’t like this 2nd female lead for some reason. Although we have to thank her for providing some very important information regarding the menu. 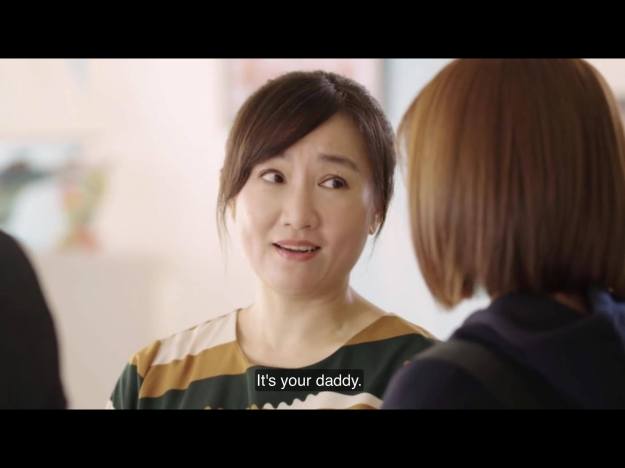 Aaaand we saw this coming! Ting En went Wei Qing to ask her mom about her dad’s menu then. 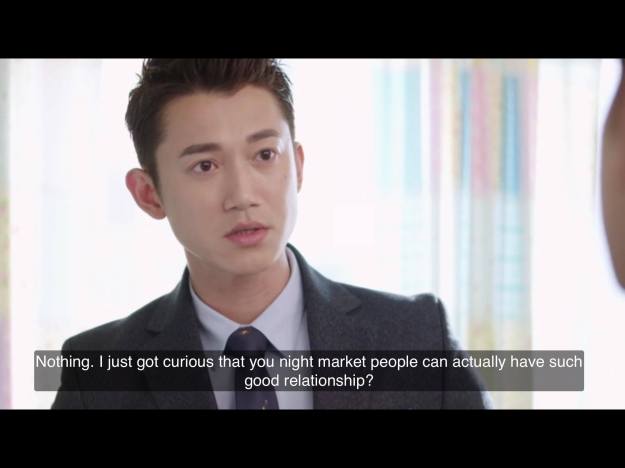 So we already have two jealous men as early as the 2nd episode lol I find both of them annoying but of course I will be rooting for Ting En (2nd male lead syndrome isn’t really in my system haha!) 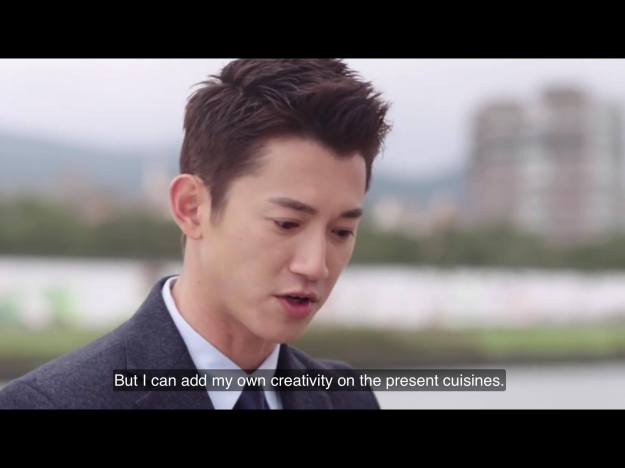 After reading Wei Qing’s dad’s journal, Ting En decided to add his twist in the recipes as well.

For the laksa, the guest has always been allergic to shrimps so Wei Qing’s dad used meat as the substitute ingredient. Wei Qing discovered how her dad did it and saw that Ting En was doing it differently. She kept telling him that it is not how it was until he got annoyed with her. 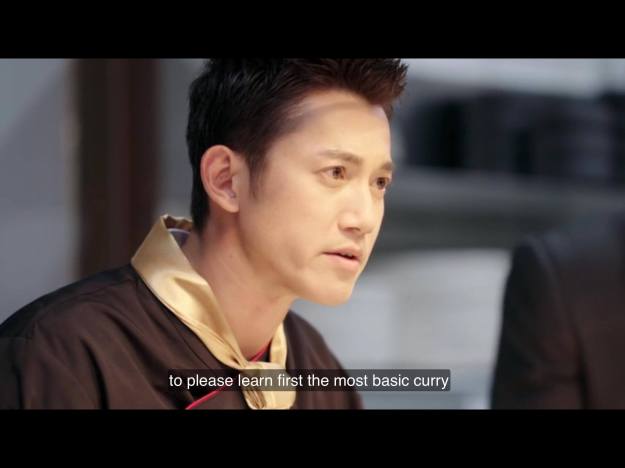 He told her that she should learn how to make the most basic curry before telling him how to do the meat (he’s really getting into my nerves now!!).

She asked her best friend (2nd male lead aka the night market prince) to bring some meat for her.

She asked him to try her meat but he didn’t. Whatever you say, chef! 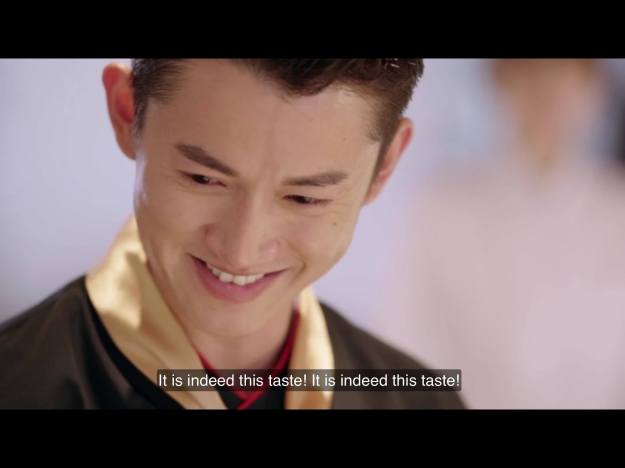 Time for the taste test…  Well, they got it right!

And when the laksa madness was all over, she was so happy until he rained on her parade. He made her taste his very bland tasting meat.

In the end, he didn’t serve Wei Qing’s meat because it had a very strong flavor that only suited to the VIP couple’s taste buds 30 years ago. He said that she was too focused on replicating her dad’s recipe but unfortunately, it is not how their taste buds work anymore.

This is Ting En being an ass towards Wei Qing’s life and night markets.

Exactly! So now can we have more scenes at the night market instead?

Grrrr not really feeling this lady.  She planned to cook for her dinner with Ting En. 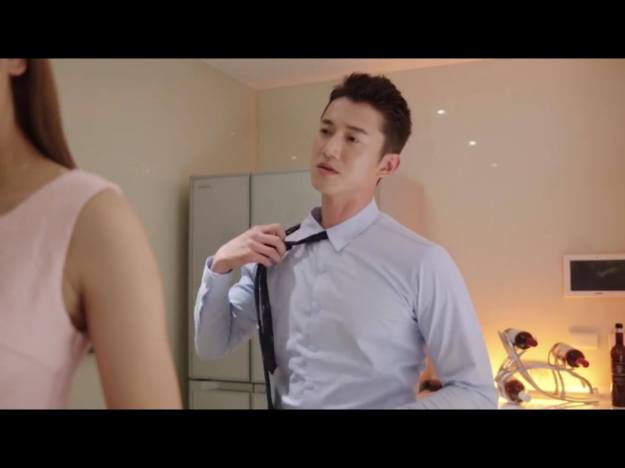 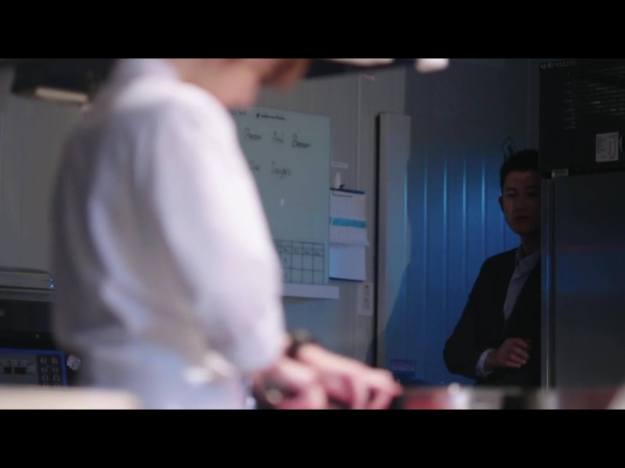 Ting En went back to La Mure to check up on Wei Qing. He told her that she was not allowed to go home unless she has mastered the art of cutting haha!

Ting En being an ass again as he turned off the lights to make fun of Wei Qing. It was funny at first…

But c’mon, man! She was not joking about her fear, she was really scared to death!

This made my heart melt but really, you could have switched the lights on *facepalm*. Unless he really wanted this to happen so he could hug her.

Because of my busy schedule, I only get to finish writing the recap a week after I finished watching the episode. My silly memory may not serve me well so please do correct me if I made some errors in narrating the story.

Hope you enjoyed reading our 2nd episode recap! Do comment if you want to 🙂 See you in the next one!