Another Weibo round-up because why not? 😀 I tried to include the celebrities that I didn’t include during my last round-up while I couldn’t help but repeat some just because they’re so active in this wonderful microblogging site 😉 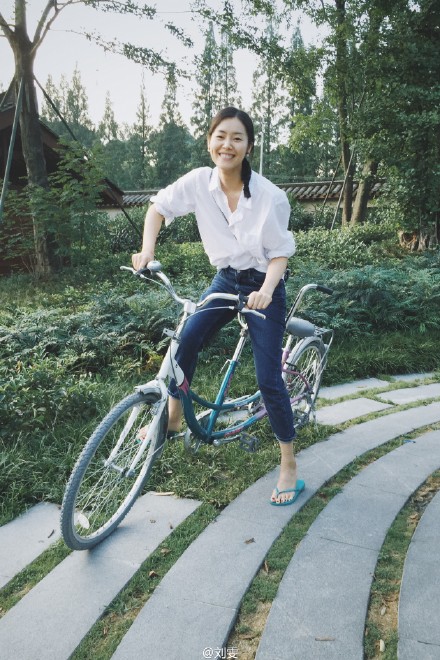 Everyone’s favorite Chinese supermodel is very happy with her bike! I’ve always thought that Liu Wen was my soulmate because we both don’t have enough life skills to survive (read: can’t swim, can’t bike, etc) but looks like my soulmate has already left me…. haha! This is all thanks to “We Are In Love” or China’s version of “We Got Married” which just recently concluded. 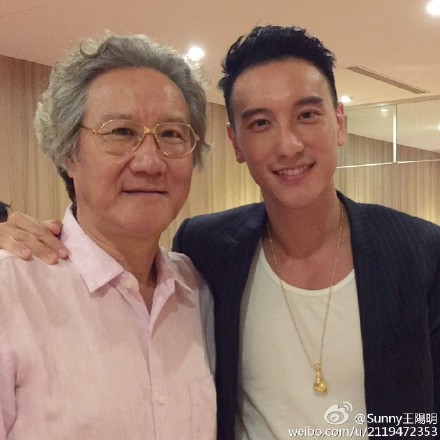 Today’s apparently Chinese Father’s Day so real-life Taiwanese chaebol heir/actor Sunny Wang decided to celebrate it with his good ol’ popps! Ever since I watched “In Time With You”, it made me a Sunny fan because how can someone with such a bad boy aura have a name like Sunny?? haha! On a serious note, I’m just in love with his bad boy with a hint of sweetness charms. 😉 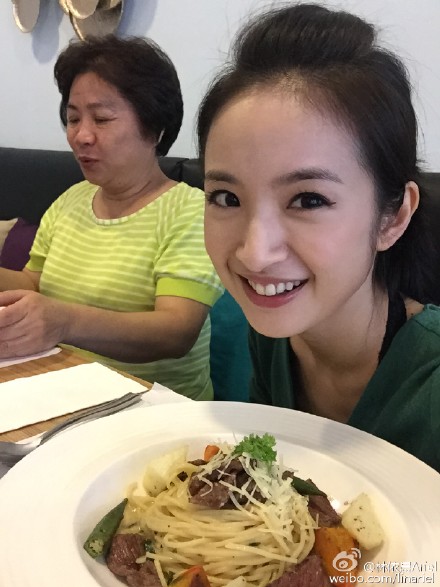 Speaking of “In Time With You” (the OST’s also playing as I write this post), Cheng You Qing I mean Ariel Lin was all smiles as she tried a new restaurant. I’m still impatiently waiting for her movie with Bolin Chen and Vic Zhou to come out already! 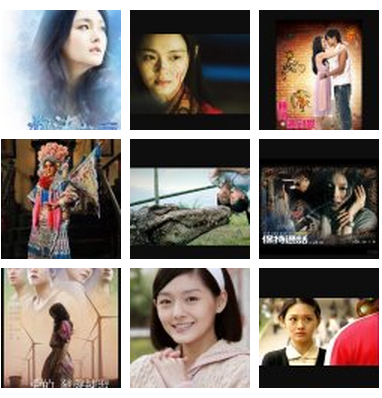 Speaking of Vic Zhou, his famous ex-girlfriend was being a little nostalgic on Weibo and posted about wanting to act again. The ones I recognize from the photos that she uploaded are: “Summer’s Desire”, a 2010 Taiwanese drama with Huang Xiaoming and Peter Ho, “Corner with Love”, a 2007 Taiwanese drama opposite Show Luo, “Connected”, a 2008 Hong Kong suspense film, “My So-Called Love”, a 2008 Taiwanese movie with Eddie Peng and Joseph Chang, “My Kingdom”, a 2011 Chinese film with Han Geng and Wu Chun, and who can ever forget the ever-haunting but beautiful 2004 melodrama “Mars” with her then real-life boyfriend, Vic Zhou?  As a Barbie fan, I watched most of the titles that she posted but I only have one question, where’s “Meteor Garden”?!! 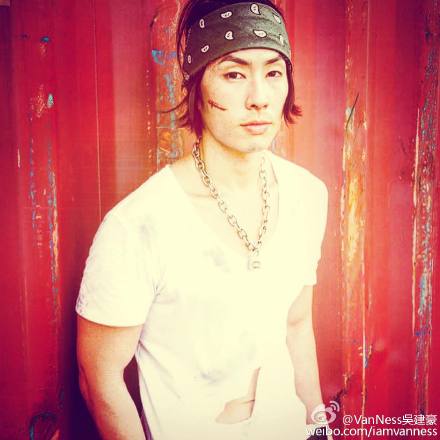 @VanNess吳建豪: 謝謝大家的祝福。Thank you everyone for the many birthday blessings. God bless you all. #nowbacktowork #Godisgood

Speaking of “Meteor Garden”, yesterday (August 7) was Van Ness Wu’s 37th birthday. I met (and touched!) him last week and he’s just a sweetheart. He said that he’s busy filming a movie in Hong Kong titled, “Undercover Punch and Gun” thus this photo. He also said in the same interview when I saw him was that he’s been reading scripts for both films and television. It made me excited because I really want to watch him in a drama again. I hope that this good guy keeps getting more blessings because I believe he deserves it! 🙂 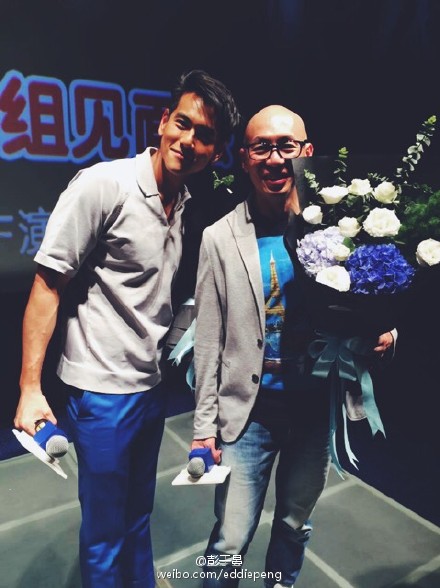 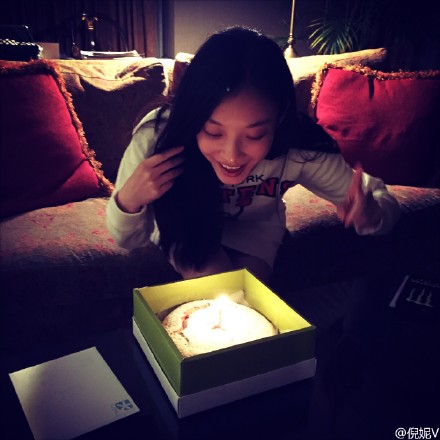 Speaking of Eddie Peng, his “Fleet of Time” co-star is celebrating her birthday today. Famous real-life couple Mark Chao and Gao Yuan Yuan surprised this pretty lady. Ni Ni said that she celebrated her birthday twice, one in Beijing and one in Canada because of the time difference. I just love it when celebrities are close friends in real life! I can’t wait to watch her in “Bride Wars” with my favorite Angelababy soon! 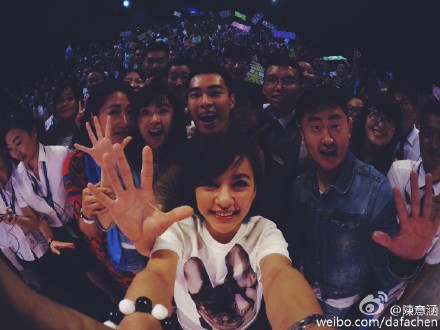 Aside from the movies I mentioned earlier such as “Bride Wars” and “To The Fore”, Ivy Chen will also battle for China’s blockbuster success as she’s been also busy promoting “Time to Love” or “Bu Bu Jing Xin” movie adaptation. Just realized that celebrities love taking group selfies with their audience and I just love it 😀 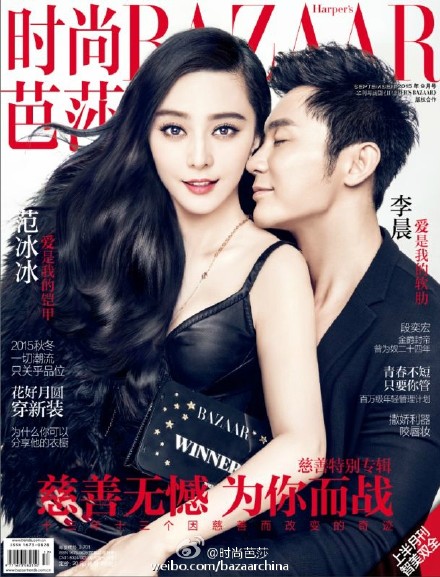 Just in case you’re wondering, China’s goddess Fan Bingbing’s caption was just a blushing with matching batting eyelashes emoji. This gorgeous lady is just so in love! She’s on the cover of Harper’s Bazaar China for its September issue with her “Empress of China” costar and real-life boyfriend Li Chen. I really wish them lots of happiness 😀 (although I seriously thought she was dating Aarif Rahman before!) 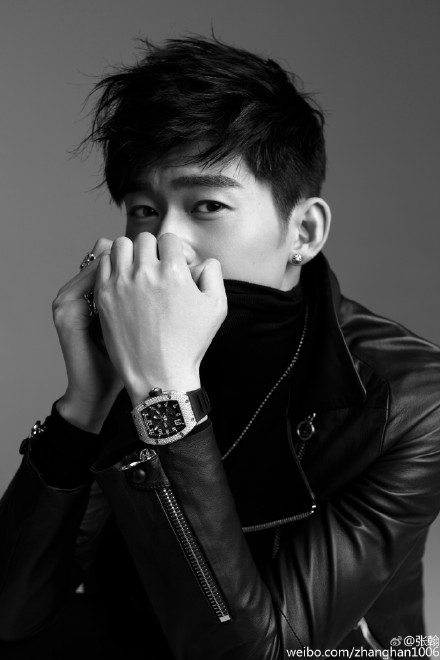 Ending today’s round-up with a familiar face since you’ve already seen him in my previous round-up who is none other than our favorite man Zhang Han (it rhymes!). His caption says, “you may do good or bad things but fortune or misfortune may await you so don’t worry”. In short, our pretty man believes in karma (?) hmmm wonder why he wrote this. He’s pretty active on Weibo (definitely not complaining!) and you can never be disappointed with his posts/photos like the one I just posted 😉

So what do you think of today’s round-up? I definitely want to know them thru your comments below 😀 It only took me an hour to do it compared to my first one which means I’m getting the hang of it already so forgive me if I might be doing a lot soon… haha!