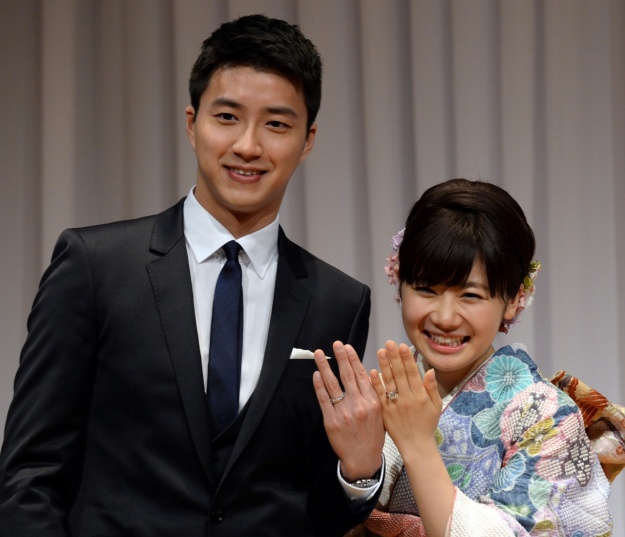 She was dressed in a pretty floral kimono while he chose a western suit. Zhang Hong Jie had made his greetings in Japanese during the press conference.

Congratulations to the couple. While they might not be in the entertainment world per se, I thought it would be nice to share some happy news on the blog, especially since some of you might recognise them from the recent Rio Olympics 2016.

Ai Fukuhara, more commonly known as Fu Yuan Ai or Xiao Ai in China, enjoys superstar status in China and has a mass following on Weibo. She is not only fluent in mandarin but has also trained with the Chinese national team as a teenager. In fact, chinese fans love her so much that netizens flooded her weibo with messages of support after she was defeated by Chinese table tennis player, Li Xiaoxia during the Olympics. It is a rare scene considering the tense relations between Japan and China. There are also netizens urging the japanese doll to marry a Chinese man to help improve relations between the two countries. Well, I guess she did that…. partially.

Once again, congratulations to the couple. They look awfully cute and blissful. Best wishes!