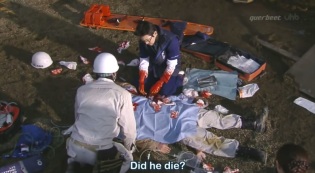 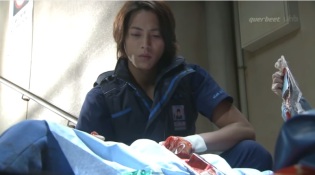 If season 1 was about a feel-good drama about miracle doctors, season 2 is definitely a tear-jerker about the reality of life. This is a TERRIBLE season because I just keep on crying and crying helplessly. But the most terrible thing is I can’t stop watching this!!! I tune in every week to subject myself to this torture. I can’t help it! And after every week, I grow to be even more frustrated and annoyed and upset because I’m always right when I guess that they are gonna harm the characters I grew to care for! 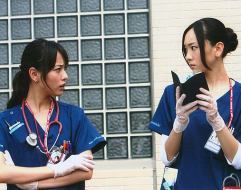 This season introduces a new mentor and more backstories about our main characters. There are several arcs revolving the characters we grew to love in season 1. This season explores the secret behind Aizawa’s mother death, Hiyama’s heart surgery and fears, Shiraishi and her relationship with her father, Fujikawa’s struggle with his crush and work and even Nurse Saejima’s dying boyfriend. 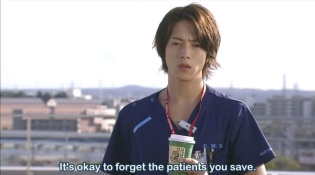 A big issue this season is the doctors being too involved and invested in their patients. This season, the doctor trainees each got a chance to face their demons and learn how to deal with failures and death. It is depressing, with the many deaths, but at the same time, heartwarming. I personally find that there is less emphasis on medical cases and terms and more on interaction and interpersonal relationships in this season as compared to season 1.

Also, Aizawa changed his haircut! I much prefer his haircut in season 1 but that’s not a big issue. (Or is it???) Together with his change in haircut, is a complete change in attitude. In season 1, he didn’t care at all. In season 2, he’s so caring, I’m almost in love. It really feels like he had grown a lot. He has a lot of mature thoughts and brings the audience to delve into deeper issues than just medical stuff.

One of my favourite arc is actually Nurse Saejima’s arc. Her story with her tragic boyfriend is something I’m really invested in. I have no idea why and I cannot explain why do I care so much. I knew it was going to be a tragic ending, since he is an ALS patient (Ice bucket challenge, anyone?) and there’s no cure but when he finally died, I cried so hard. I was just uncontrollably sobbing for 5 minutes even though I didn’t even plan or want to watch TV that night. This is also the moment where I started hating this season. So addictive and so good, I can’t even control myself any more.

Despite all my hate for this season, I found it to be much better than the first season. This is real and genuine. There’s a human touch to it and it really touches your heart. Maybe it’s also because I only watched the first season casually and watched this with more consistency but I would say Season 2 is worth the watch. Definitely doesn’t let down the first season. This might be the most frustrating drama ever but it’s a good kind of frustration. It’s the kind of frustration you feel when you know a drama has succeeded. 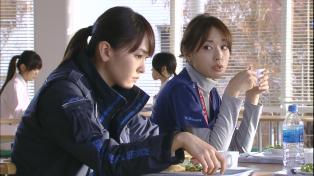