One of my favourite things to read on drama blogs are weibo updates! I love how I can get the essence of weibo all sorted out for me with just a click. Today, I would like to share some happiness and so I came up with my own Weibo round-up. 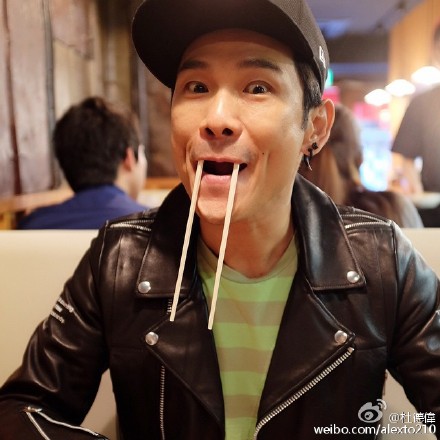 Alex To: Where is my food?! 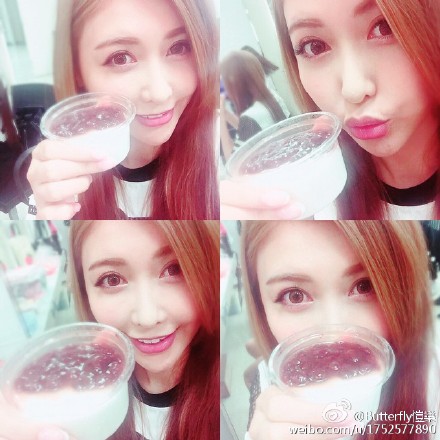 Butterfly: The red bean yogurt made by Xiaoshuang is too delicious.

Xiaoshuang is Show Luo‘s manager. Show Luo and Butterfly are co-hosts on one of my favourite variety show, Entertainment 100% 娱乐百分百. Butterfly probably got the yogurt from Xiaoshuang on the set of Entertainment 100%. It’s always sweet to know that they are as chummy and friendly off-screen too. 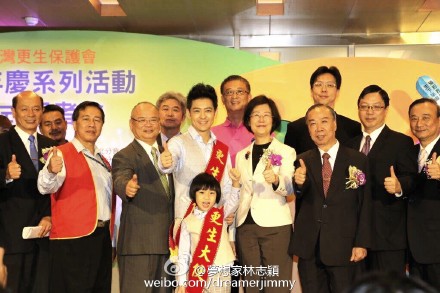 I’m watching Where Are We Going, Dad Season I and Jimmy and Kimi are both absolute sweethearts. And that matching outfit, aww. Kudos to Jimmy for being such a good example for little Kimi. (PS: I like how their names rhyme… Jimmy Kimi Kimi Jimmy, how cute!) 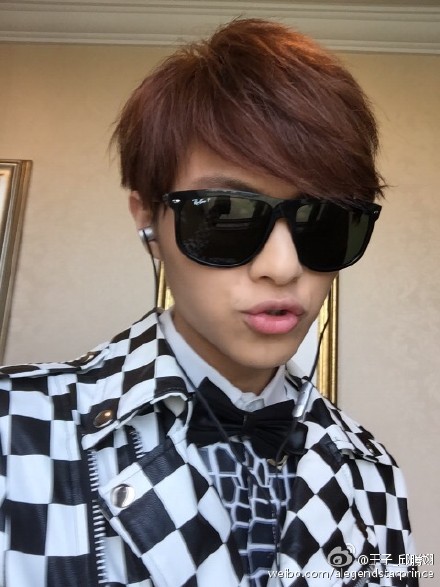 Prince: #PrinceQiuShengYi# Play a game of chess on me [hehe]

I’m sure thousands of fangirls out there would love to do that. 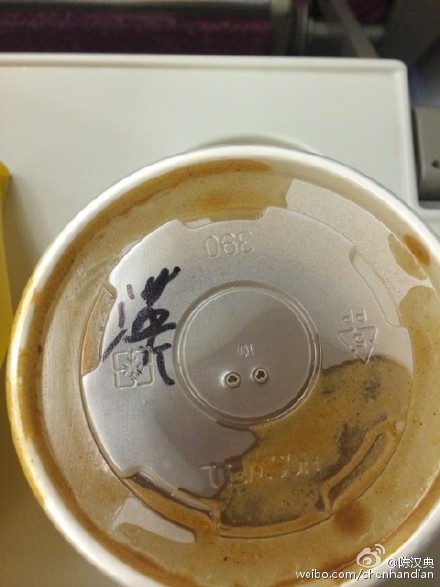 Chen HanDian: Initially thought that the attentive stallholder wrote my name on the cover… only to realise my assistant ordered ‘han bao pai curry’…

‘han bao pai’ stands for Hamburger patty and is a pun on Chen ‘Han’Dian’s name. I thought it was a pretty good pun and I laughed after reading this. 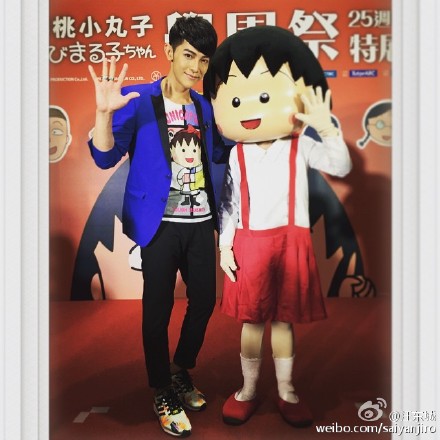 Jiro Wang Dongcheng: My daughter is too cute~~ Grew to be so tall eh

Don’t you think that his daughter’s legs are not proportionate to her body size? Well that aside, Jiro is being cute and supportive, he even wore a shirt of Chibi Maruko 樱桃小丸子. I approve. 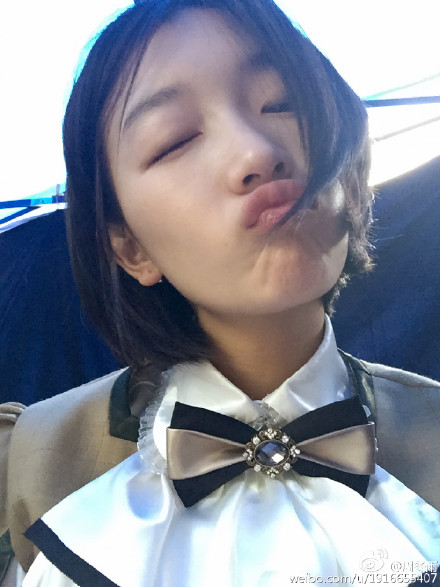 How can you not like a pretty actress going all out to actually pose ugly (and not pretending to be ugly while still being pretty)? Thumbs up for Zhou Dongyu! 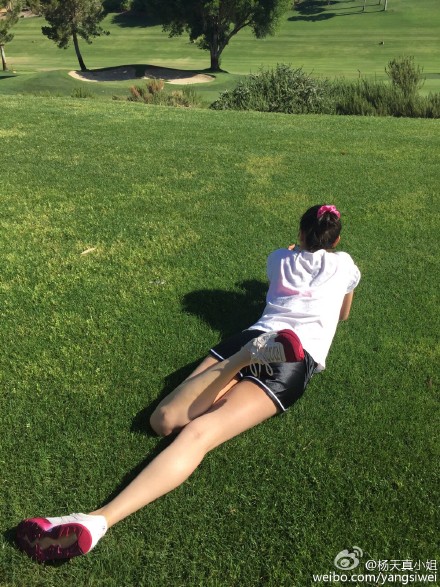 Miss Naive Yang: Long legs at Los Angeles @SongJia
// Songjia: It was supposed to be a jog but after two steps, it became a suntanning session instead. Life is about lying down, isn’t it?

Song Jia definitely has life all figured out. Now, excuse me while I go lie down for a bit. 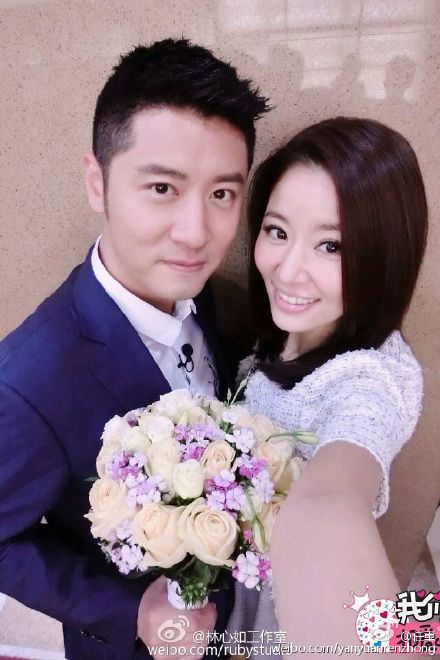 RenZhong: Couldn’t sleep because… (he was thinking of her)

Cutiepie RenZhong and Ruby Lin are currently filming We Are In Love, the chinese version of We Got Married. Well, Ren Zhong is either a really a good actor and going all out to garner ratings for the show or he is really gaga over his goddess whom he liked since he saw her as Zi Wei in Princess Pearl 还珠格格 almost 20 years ago. I’m going to believe it’s the latter because he looks so genuine. Rooting for him, go go go! 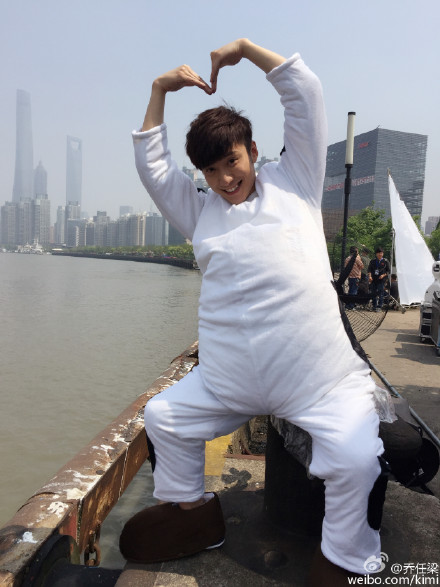 Ending off this post with a cute photo of Kimi Qiao. I swear, he’s not my favourite-st artiste (that would go to Show Luo) but he just happens to be everywhere and looking cute!

That concludes the weibo round up! Hope you enjoyed it, I had thought for a long while before deciding to do this because I am not confident that I will be able to do a good job selecting photos that are either pretty or funny enough. I don’t want to ruin people’s impressions of the stars’ weibo. Hence, all feedback will be greatly appreciated! Do leave a comment.