My idea of a perfect date: someone like Dao Ming Si with a gorgeous Shanghai as our backdrop

This is what I have been waiting for, everyone! It’s our Dao Ming Si’s birthday which means more romantic and sweet moments with Shancai. Let us also not forget that his birthday also means that the evil witch is entering the doors of our fairytale. 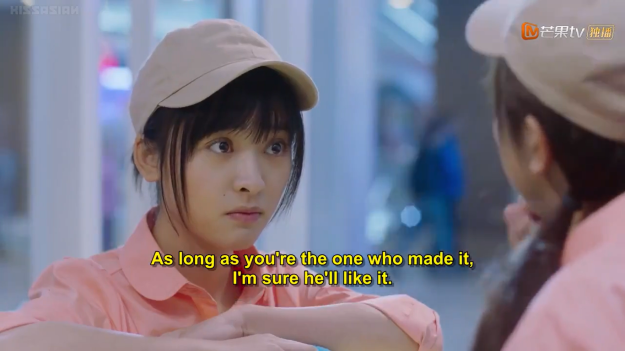 Shancai is having difficulties thinking of what to give Dao Ming Si for his birthday. 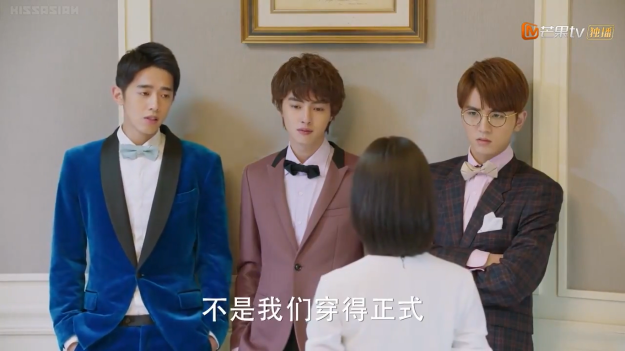 Shancai asked F3 why they looked so formal but they told her that it was her who was underdressed… HAHA!

It must really suck for Ah Si to have his birthday celebrated this way every year. 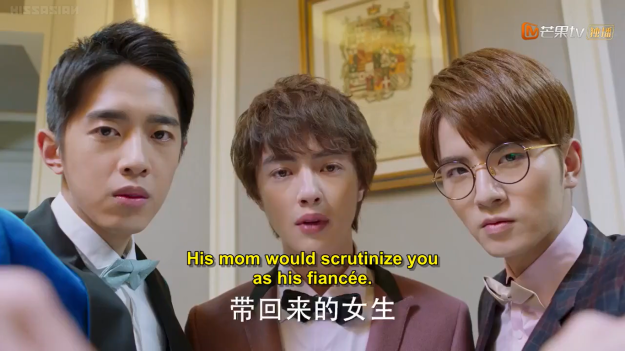 Shancai was not aware of the gravity that she was being pulled into. She is going to be the first girl that Ah Si is bringing home so this birthday will be more significant compared to his previous birthdays.

He looked so delighted to see Shancai!

Dao Ming Si was pulling Shancai so he could introduce her to his mom. She ended up bumping into a table causing a huge commotion in this uptight atmosphere. Then there she is! *Enters evil mom*. 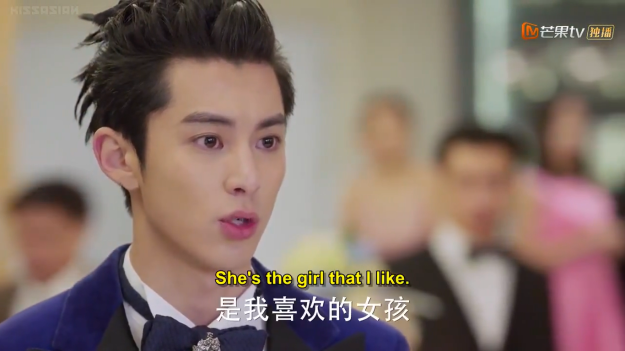 Evil mom asked Ah Si to escort his friend out. He then told her outright that he wouldn’t because she is the girl that he likes *squeals*.

Just like in the 2001 version, F3 (especially Lei) lied about Shancai’s family background to please Ah Si’s mom. She then tested her about asking to play a musical instrument. 2001 Shancai started her piano piece by playing aka murdering the piano keys. She then proceeded to play a beautiful piece which was the only thing she knew while talking about how foolish people only value others based on their riches or social status.

In this version, Shancai just started playing a song while talking about the same thing that 2001 Shancai did. The beauty in this was that we would later find out that it was Lei who taught her that piece. We never got that info from 2001!

Ah Si did not really care and Ximen threw his car keys to help them run away. That’s my boy!

So why were you not getting any hints, girl?!!

He told her how he was not letting his mom control his life. If you still remember, he said the same thing when he was talking to his sister in London. Shancai was dumbly asking why he was talking about his life with her.

WHY, AH SI, WHY. It was so cheesy but it was just done right.

This is one thing that I really love about this version: flashbacks! It’s amazing how they looked like they came out straight from the manga (HYD was really set in their high school years). They were reminiscing how Ah Si’s mom scolded at them during their very first meeting with her for cutting class and going to the ice rink. 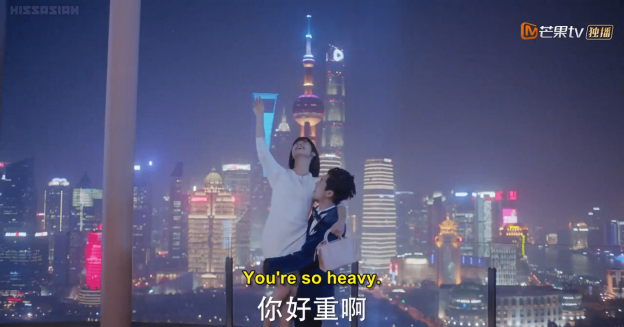 When Shancai was young, she would ask her father to carry her so she could get a star from the sky. That was such a cute childhood dream! Now Ah Si was helping her fulfill her dream of catching a star *tears up*. 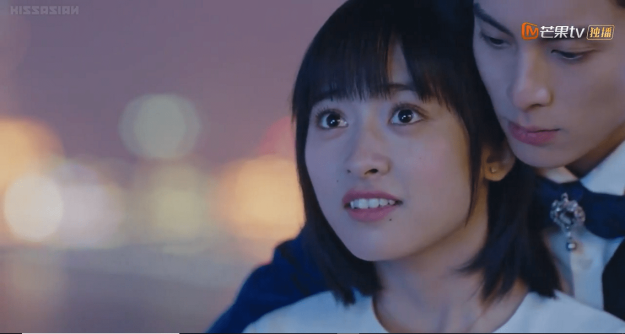 I want a back hug from him too! She told him that she was still unsure of her feelings towards him *sighs*. 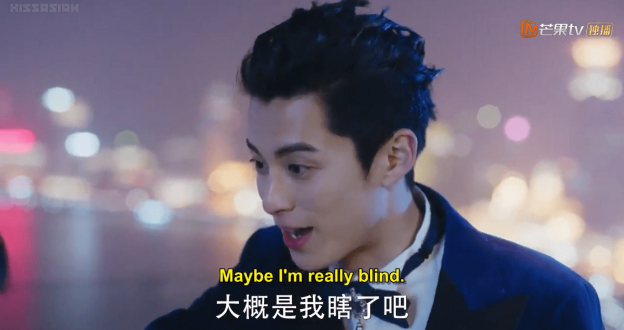 She asked him why he chose her out of the many lovely girls in Ming De. This is how Ah Si answered here but back in 2001, he told Shancai that he does not know why as well. 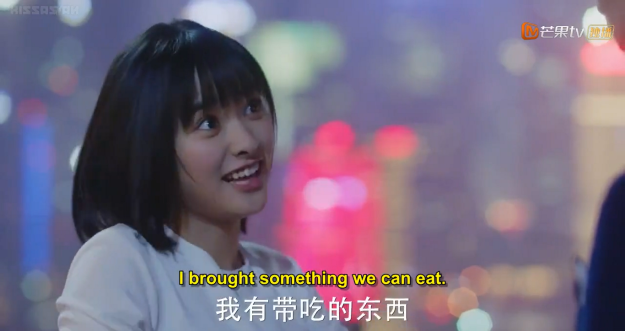 *tummy growls* and Shancai is here to the rescue with her…

Oh wait, she accidentally slipped that she had food. 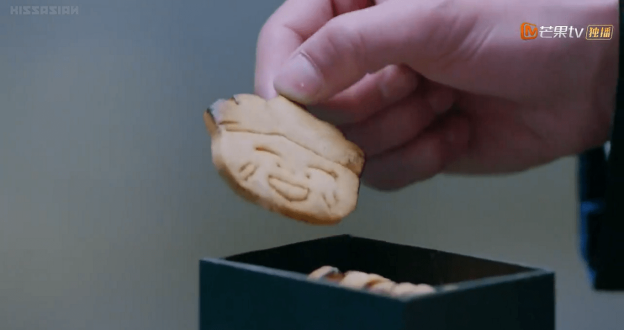 These cookies are so much better with the burnt cookies that 2001 Shancai did! Maybe because this Shancai is skilled in cooking whereas 2001 Shancai wasn’t. She baked a mad, happy, and dumb face of Dao Ming Si. Aren’t they just the cutest? 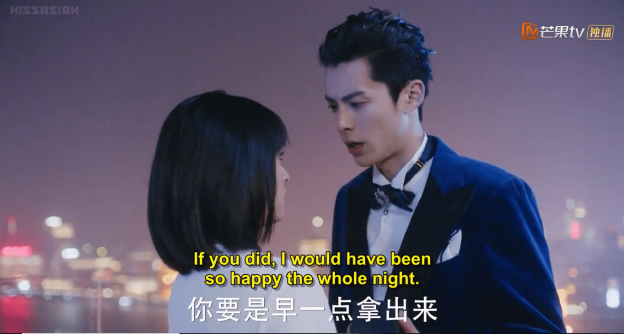 It melted my heart when Ah Si said this. He got mad at her for not giving the cookies to him earlier.

And yesss, this kiss is the best that they have done so far! It was just postcard perfect with the amazing Shanghai skyline. 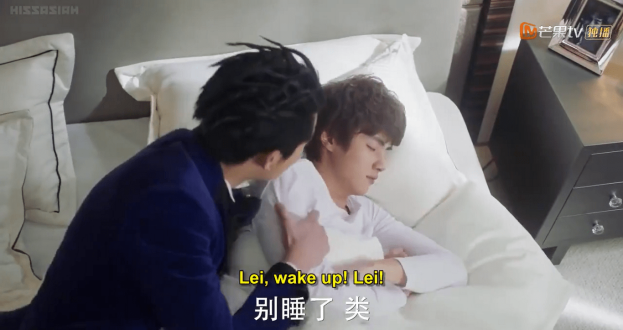 Here’s another scene that I was so excited for! Loved this back in 2001 so seeing them recreate this scene well, made my Ah Si – Lei brOTP shipper heart dancing! 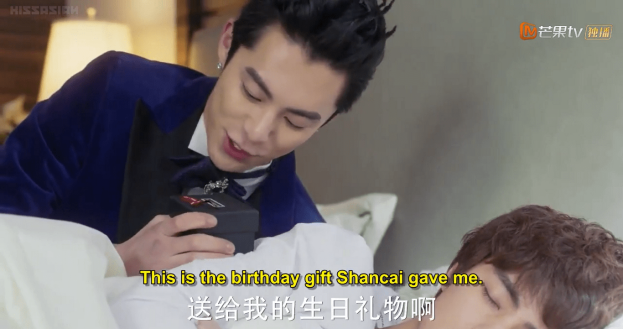 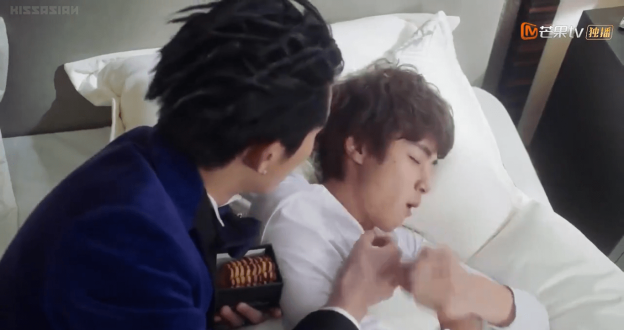 Ah Si was mumbling and smiling about the cookies like a 5 year-old and it was just the cutest! Lei just had to eat it because why not… HAHA! Love these two forever.

Evil mom made a surprise visit in the Dongs’ residence. Just like in the 2001 drama, she offered them a check so that Shancai could leave Dao Ming Si. Despite the poverty that they have been experiencing, they refused the offer and Shancai’s mom poured flour on Ah Si’s mom. Well done, Dong mama!

Did you enjoy this episode as much as I did?