Coffeenlucia from Arbitrarilynamed did an interesting post about CaptionBot a couple of days ago [Edit: a month ago. I started on this post before I went overseas & forgot to publish it] and I was so amused – I decided to spawn off a new column ‘CaptionBot Special’ featuring our favourite Chinese and Taiwanese stars. For our very first post, we have Zhang Han! Brace yourself for some funny ahead 😀

Eating a hot dog….? CaptionBot is racist!!! Trying to imply that Chinese only rear dogs for food. But now that it is mentioned, Zhang Han does look like he is sucking the essence out of that cute little puppy…

Captionbot recognised ‘a person’ (Song Joong Ki), ‘a small dog’ (one of the dog and a ‘a stuffed animal’ (probably the other dog). And that’s it. So what’s that human-like form wearing a brown jacket? Hmm…

Could it be a Choi Si Won lookalike? 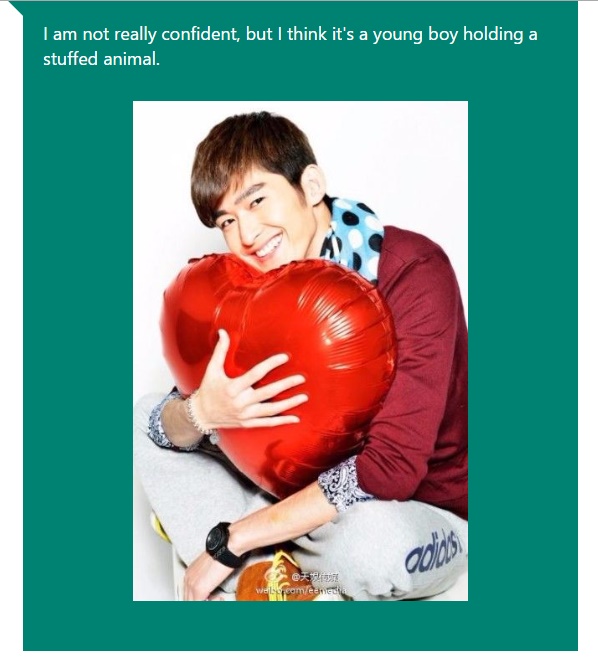 Or could it be a young boy? Probably. Zhang Han is a lovable big kid hehe. 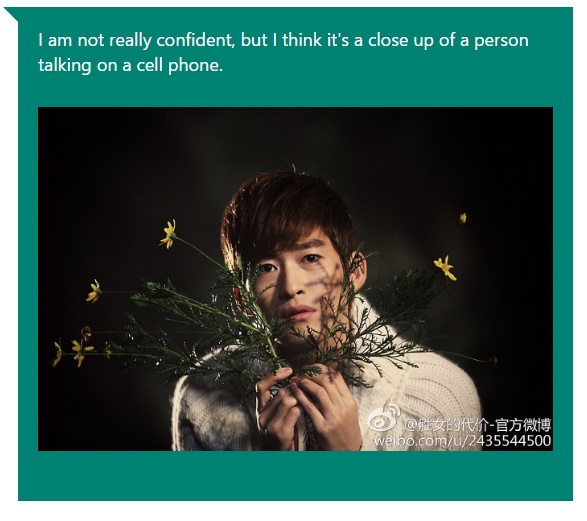 Hmm.. cell phone? Maybe this is how iPhone 8 will look like. Remember, CaptionBot predicted it first! 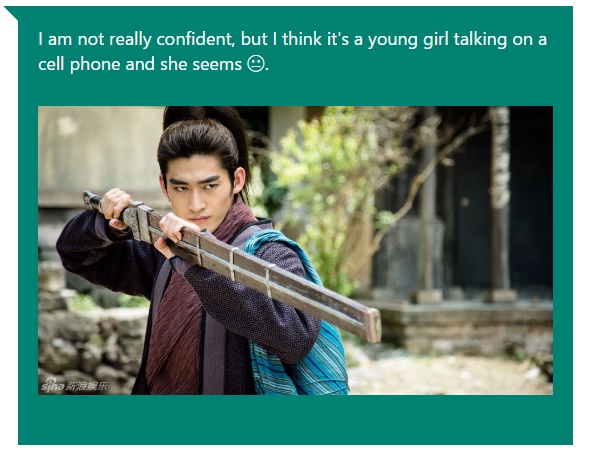 Well, seems like captionbot just has a liking for likening random objects as phones. And yes, this is totally a girl’s look! This is why I find it so hard to ship ancient drama couples 😛

Ok, the cell phone obsession is slightly too serious… If the woman refers to Zhao Liying, does that means… Zhang Han is now a cell phone?

Or did he just become a body of water?! (Assuming the ‘person’ mentioned is the host)

Well, let’s not be too harsh on captionbot. It’s right…. sometimes.

And that’s it for today’s captionbot special! I find it quite a pity that caption bot only recognise Korean stars. Time for us to make Taiwan & Mainland China entertainment a thing so that our beloved babies will get recognised too! Hope you enjoyed the post 🙂